Somewhere in the urban outskirts of sprawling Bangkok is a closed off derelict field and within it lays an unofficial airplane graveyard.

“Urban Exploration is exploring man-made structures and locations that are abandoned or inaccessible to the general public.” -URBEX

I’ve always found parks in urban jungles to be forced pockets of nature that was a breath of fresh air but completely out of place – in a good way. This of course adds welcome contrast in any given city.

A tightly isolated block of robust greens and browns surrounded by concrete and steel as far as the eye can see. Reverse it and imagine a singular city block planted in a lush rain forest, it would be quite a site.

The Airplane Graveyard of Bangkok is situated on one of these “city parks”. But this locked up park has been long derelict and is beautifully plagued with years of overgrowth, neglect and decay.

A hauntingly perfect setting for the final resting place for these once decadent flying machines. 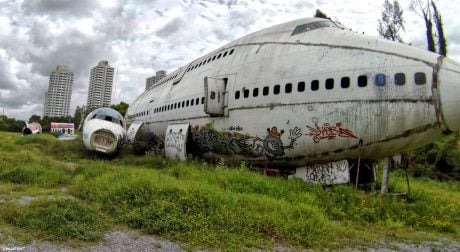 Although far from the hustle and bustle of central Bangkok, there’s no mistaking it’s still within the city limits. The Airplane Graveyard is not tucked away in the countryside but hidden in plain sight right off Ramkhamhaeng Road, a busy 6 lane street.

Like any other city street, each side is walled with buildings of varying sizes then suddenly a seemingly empty chunk of street fenced off to the public. A closer look reveals the dead giant, a 747 jet. 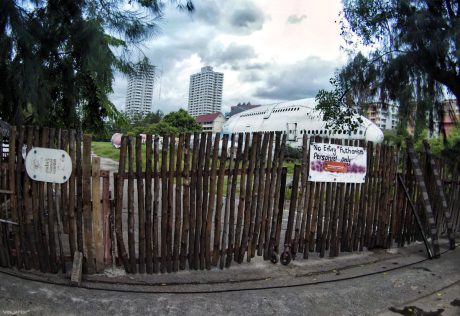 Just past the chain locked fence are a couple of sectioned off airplane hulls, of which are permanent homes to what seems to be a squator family that took the mantle of the Airplane Graveyard “caretaker”.

One of the boys of no more than 10 years of age opened the gate and requested 200 Baht ($6 USD) for entry. I could have haggled it down to half that but I liked this kid’s style. I walked in and it didn’t feel like the city anymore, more like an ancient jungle crash site. 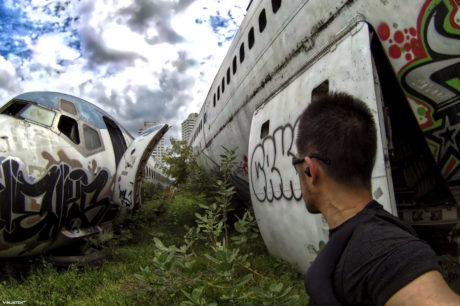 It’s the oddest thing to see such massive technological marvels dying away with vegetation, wildlife and rust taking over like it’s been ages.

Only by looking out to the horizon can you tell it’s the mega city of Bangkok, so you can’t help wonder, “what the hell are these planes doing here?”. 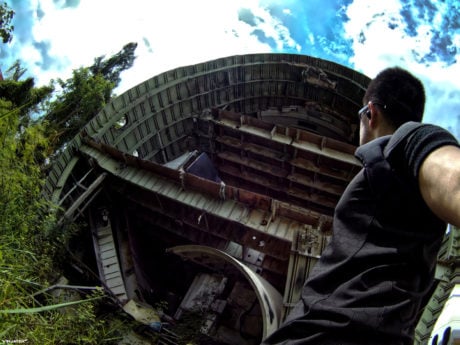 The largest of the dead, the 747, is cut in half like a tin can exposing the decaying but intricate fuselage. It’s like a metal cave, imposing and haunting. 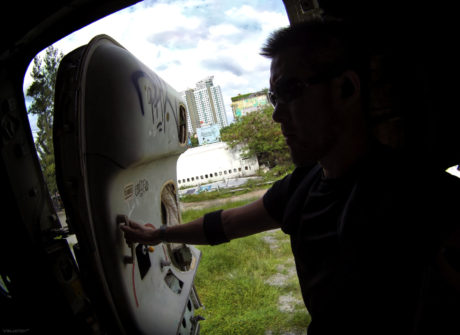 For the first time after 450 commercial flights I get to see the emergency door open to go nowhere, without the slide a 20 foot drop awaits. 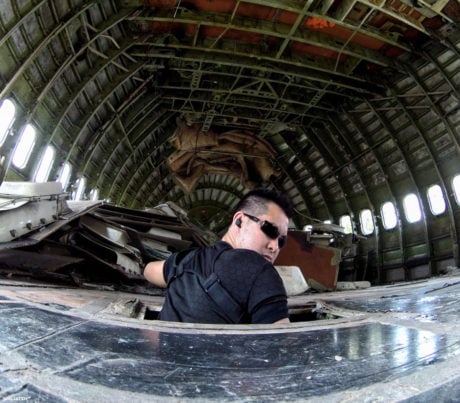 Crawling up the fuselage I noticed that everything that can be carried and valuable has been stripped and taken by looters and other urban explorers. 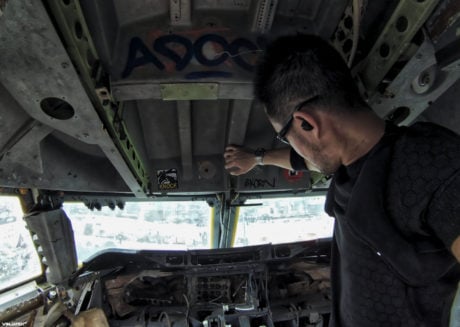 Even with every bit of tech and parts long stolen, the cockpit is still very much impressive because of its now hollow yet complex construct. 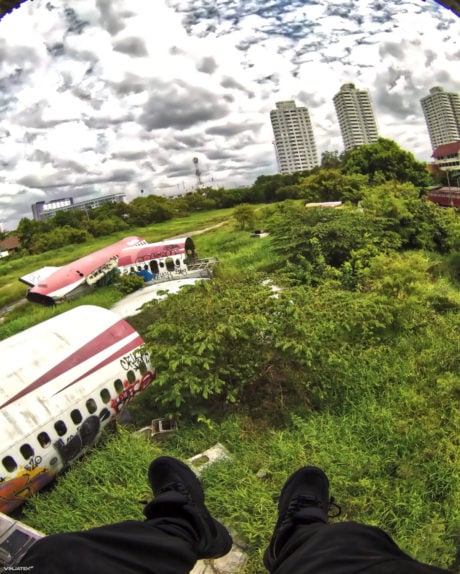 The best view at the Airplane Graveyard in Bangkok is on top of the 747 jet itself. Here you can see the body parts of the much smaller MD-82 airplanes, inexplicably scattered around the field. 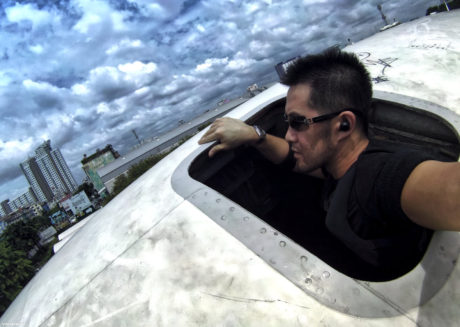 If you’re an urban explorer or just have an interest in modern ruins, this unmarked cemetery of an unofficial tourist attraction is a must experience.

[Featured gear: Shadow Amphibian Boots by LALO, Condition Black Ceramic T-Shirt by Vollebak and a SportHolster by Urban Tool with photography captured with a Ghost 4K Camera by Drift.]