The LALO Shadow Amphibian is a grail tactical boot. The finest, most practical and advanced footwear of this kind without going custom.

“The Ultimate Special Forces Tactical Boot. The Shadow Amphibian is made for and in conjunction with the Navy SEALs to use while in the air, on land and while swimming. Deserts, mountains, urban areas, jungles, oceans, prisoner extractions and HALO and HAHO free falls.”

Fits like basketball sneakers, moves like running shoes and constructed like couture armor. The LALO Shadow Amphibian($) is the illest pair of boots I’ve ever equipped.

It goes on as if reading a spec sheet of a piece of tech. It may be high-end footwear but it’s still an incredibly impressive list of features. But it’s in its execution of bringing it all together for effective applications that makes this a most outstanding tactical boot.

As a vagabond living out of a backpack, gear space is extremely limited. This means I only have a single pair of footwear in my immediate possession (sans flip-flops).

This is why I chose lightweight and agile tactical boots as my only footwear since I started vagabonding years ago.

Because they’re tough, weather resistant, reliable and comfortable. Essentially I needed a single pair of kicks that can work just as well in both natural and urban jungles. An adventure boot that doesn’t look like hiking boots (and less tactical) but feels like cross-training sneakers.

The LALO Shadow Amphibian($) fits all those parameters and looks hot but low key doing it. 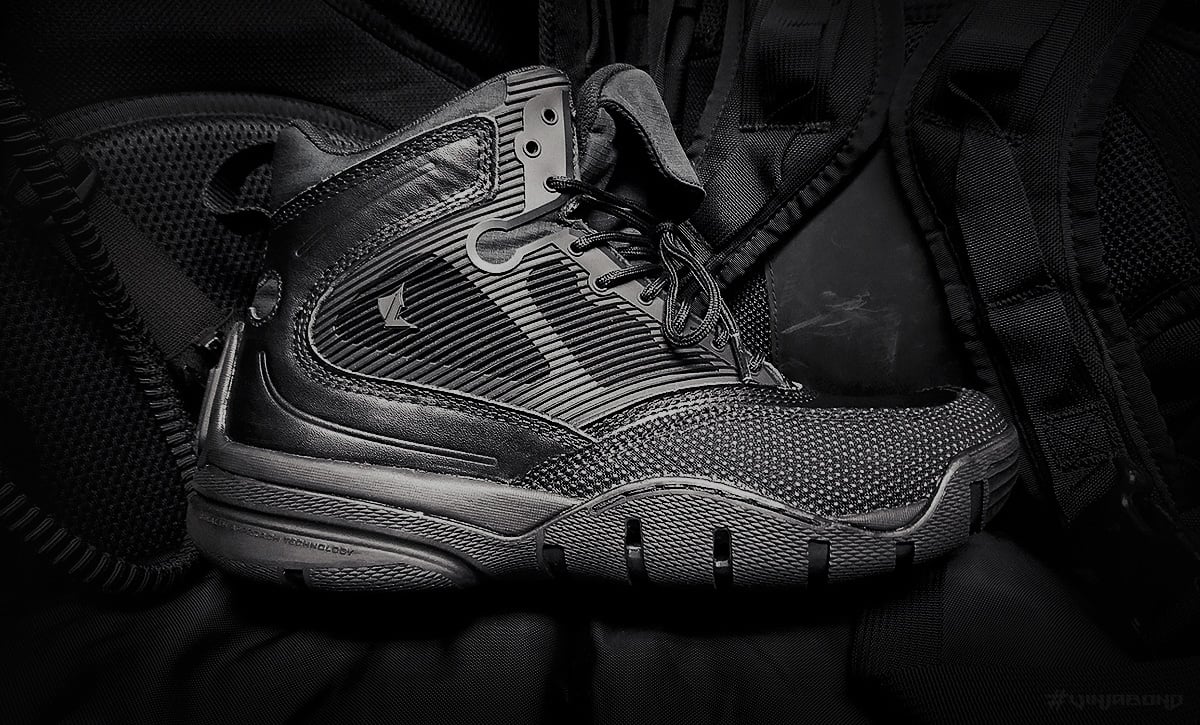 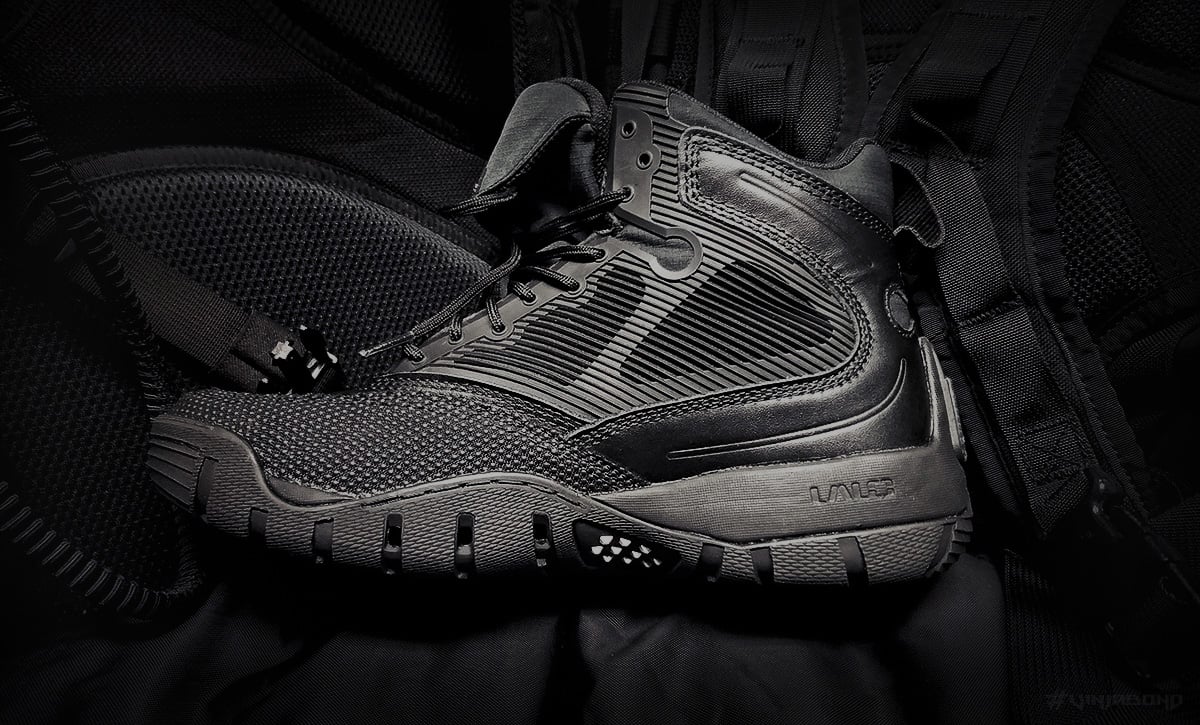 My first experience with these boots was an unexpected 14 hour car ride from Atlanta to New York over 2 days. There was no break-in period or prior field-use, just initial fit and lacing then me driving the entire trip.

What could have been a torturous ordeal became a pleasant drive up America. There was no stiffness, aches, pressure points or breathability issues.

The following day after arrival, I spent a good 8 hours walking around Manhattan in full sun with mid 80’s temperature. I maintained perfect balance riding and standing in packed subways, felt no fatigue or discomfort walking endless avenues and countless streets.

After a bit of rest, we went clubbing. The music driven kind. There was dancing. Lots of dancing. The LALO Shadow Amphibians($) held up phenomenally.

The next morning, I laced up these boots for only the 3rd time since getting them and headed to Central Park for football and frisbee with the boys. They had excellent traction and agility through semi-muddy grass. The strategically designed outsole made every step feel like it was being boosted by a mechanism.

My head was still mangled from the night before but my feet were performing, staying cool and feeling great. After a couple of games, I poured a full bottle of water not on, but inside the right boot while it was still on. The water drained out of the 6 drainage ports as expected.

Water being water, not all of it got out but it was still fascinating to see it in action. There’s nothing worse than a soaked boot, especially (and ironically) if they’re waterproof boots. But these are quite the opposite, hence the name “Shadow Amphibian”.

With one foot dry and the other wet, it’s impossible not to be bothered and constantly reminded by it. But sometime during our final game, I noticed that I didn’t notice a wet foot. There was some moisture but still remarkably dry.

I need further testing and torturing with these boots to really see how well all these features come together when I push my feet too hard and far. I’ll post an update after an upcoming trip to the Amazon Jungle and Mount Rinjani.

As it stands right now, the LALO Shadow Amphibian is personally the best pair of boots I’ve ever laced. Despite their effectiveness as an everyday shoe, they are highly specialized and the cost partially reflects that and so it’s not for everyone. However, their non-amphibious version, Shadow Intruder at $75 less may suit everyone else.

Officially described as “The Ultimate Special Forces Tactical Boot”, it’s because of that high specialization of footwear engineering and design that makes these also the ultimate vagabonding lifestyle boot for me.