A to Z Gun Terminology Guide: All You Need to Know about Firearms Lingo

This is a complete A to Z of Gun Terms - Everything a beginner needs to know about firearms lingo and terminology.

Are you a new gun owner? Recent socio-economic, political, and environmental conditions are reaching peaks of uncertainty, driving fear throughout the nation. As a result, more people suddenly find themselves exercising their second amendment rights.

We’re all for that. As Americans, it’s our right to bear arms. That means we have the means to protect ourselves against tyranny, and it’s what the founding fathers fought for as part of every American’s constitutional rights.

Being a responsible firearms owner, you’re taking part in the rich cultural history of our country. However, there is a world of firearms jargon that you have to learn. When you’re picking up ammo from the gun store, or taking part in your first shooting range experience – here’s the slang you’ll find gun owners speaking.

Remember – words are weapons too.

A to Z of Firearms Terminology for Beginners 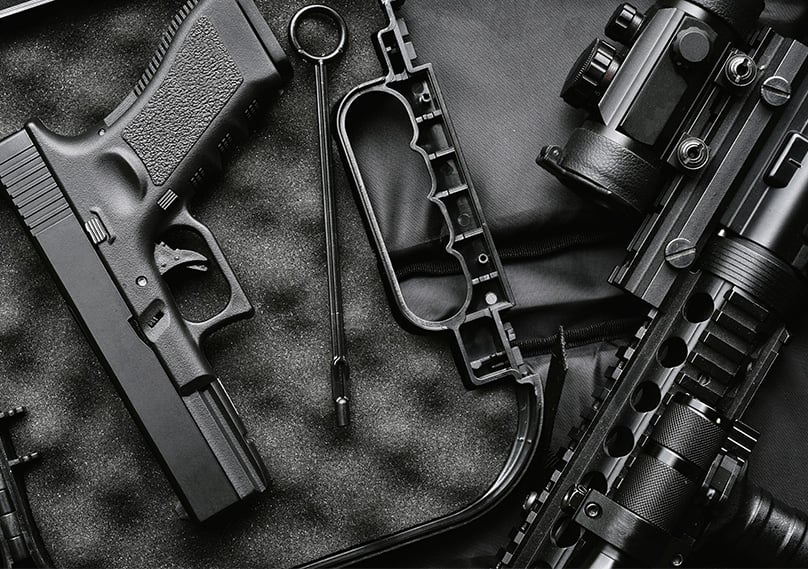 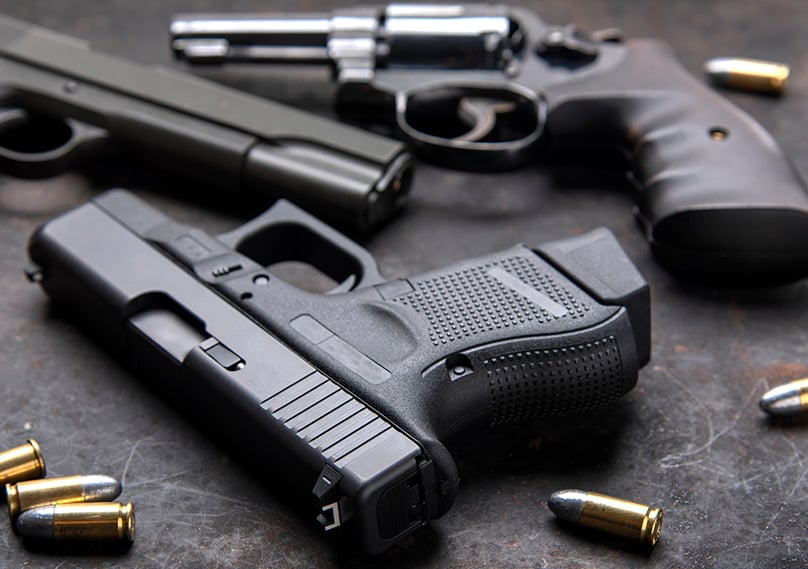 Now that you have a firm understanding of the terminology involved with the use of firearms let’s give you dome information on the safe handling and use of these deadly weapons.

Treat Every Firearm as If It’s Loaded

Whenever you see a handgun or rifle, assume it’s loaded. Treat the gun like it’s a live gun, and always respect the power of a firearm and its capacity to take life. Whenever you pass a gun to someone, make sure you both clear the weapon before handling it.

You clear the gun by racking the slide back into the locked position. Lock into the feed and the chamber to ensure there is no live round accidentally sitting there.

Many accidents happen by not clearing the chamber and feed before cleaning your firearm. Always clear before you do anything with the gun.

Point the Muzzle of the Firearm in a Safe Direction

Muzzle discipline is an essential part of responsible firearms ownership. Where you point the muzzle, is where the projectile goes when you fire the weapon.

Therefore, always have your muzzle pointing towards the floor and away from your body. Always carry the weapon in this manner, even if it’s not loaded.

Keep Your Finger Off the Trigger Until Firing

Striker-fired pistols don’t have a safety, and the trigger is always live. Plus, the poundage required to move a striker-fired trigger is only a few pounds, and incorrect trigger discipline could result in a negligent discharge and a lengthy explanation to the police.

Know Your Target and What’s Behind It

The last of the four golden rules are as important as the others. Always know what you are shooting at, and what’s behind it. For instance, shooting at your wooden fence in your backyard with your AR-15 will kill your neighbors enjoying their cookout in the backyard.

The Importance of Training with Your Firearm

Owning a firearm doesn’t mean it will save your life. You need to train with the weapon if you want to learn how to control it during a crisis. Don’t make the mistake of using your firearm for the first time in a pressure situation, you risk being disarmed and having the firearm stolen.

Book a session at the range, and try and get 1,000-rounds through your firearm for experience handling the weapon.