How to End a Pandemic in 360 Hours

The first case of COVID-19 was identified in December of 2019 in Wuhan, China. Shortly after it became an epidemic. A couple of months later, WHO recognized the virus outbreak as a global pandemic.

The actual numbers are significantly higher as testing is still extremely limited. Meaning many people are getting infected, showing symptoms, spreading and dying but isn’t being counted since it’s not being tested. The pandemic has not peaked and the cases and deaths will double or even triple every few days.

Doctors, scientists and other professionals are hard at work not just taking care of the infected but fighting the virus. To literally save the world.

But what about everyone else? Ordinary people that can’t help in those ways?

What can we do?

In a way, we have just as important a role in stopping the COVID-19 pandemic as those heroes on the front line.

They can combat the outbreak all day and night long (of which they are) but it’s us, the rest of the population, that keeps making their jobs harder. By becoming carriers and infecting others on an exponential scale.

So what can you and I do to stop the pandemic?

First, let’s see how we can inadvertently end the world… 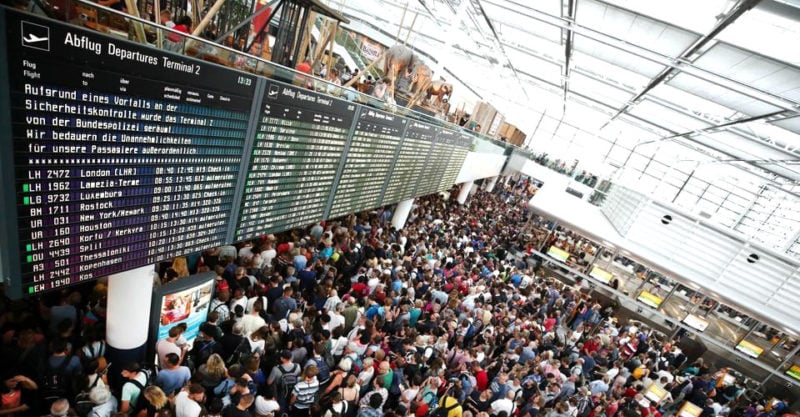 February 20, 5:25am         Having just spent Christmas in Australia, Eric is stuck at Hong Kong International Airport on a long layover, waiting for his connecting flight back to New York. He’s thirsty.

February 20, 5:39am         Eric grabs his backpack and gets up from his gate seat to find a water fountain… Meanwhile, Alice, a German going back home from a business trip from Shanghai, presses the water fountain button with her thumb to grab a quick drink. She thinks she’s coming down with a cold but in fact she was infected with COVID-19 from a handshake from a client some days ago.

February 20, 5:54am         While Eric was on the hunt for the water fountain, 4 people each from different countries uses the machine – 2 of them get infected, Jorge and Paul, from also pressing the button then using their thumbs to wipe their mouths. Introducing the virus to Spain and Italy… Eric finally finds the fountain and has a nice big sip, at the cost of becoming an asymptomatic carrier of COVID-19.

February 21, 2:12am         Alice now flying on her way back to Germany, she uses the lavatory to wash up before sleeping… While she’s passed out, 4 people are infected with the virus just from touching the faucet handle and lavatory door she used. The 2 passengers to her left and right are also infected…

February 21, 4:09pm         Jorge lands in Spain feeling great and happy to see his family waiting for him. Having just been infected, he doesn’t feel sick until almost 2 weeks later. Of which he’s infected his 3 children, sick wife, countless clients, drinking buddies and most of his staff at his construction company…

February 21, 6:10pm         Paul lands in Italy feeling great as well but is not greeted by anyone. A week goes by and he feel’s ill. He goes to the pharmacy to get flu medicine, infecting the cashier with his contaminated money. He passes away 24 hours later alone in his apartment from complications…

February 22, 2:01pm         Eric, after a long journey, arrives in New York. Luckily he’s not contagious yet, so he gets home without infecting anyone at the airport.

February 26, 6:10pm         A few days later, he’s having dinner with his dad watching the epidemic occurring in South Korea on the news. He makes a joke about the virus, his dad laughs but can’t stop coughing suddenly.

February 29, 6:10pm         As with most people at the time, Eric’s dad thought he just had the flu, regardless, he has to pay the bills so he’s been going to work – infecting dozens of New Yorkers at his subway job, those dozens eventually infecting hundreds then to thousands and so on.

March 1, 4:26pm         Eric’s father is admitted to the hospital in critical condition, but can’t get a COVID-19 test as The White House rejected the WHO’s offer of test kits. Eric leaves the hospital frustrated, unwittingly infecting his father’s doctor. The doctor later infecting an elderly patient who dies after infecting his son.

March 7, 2:23pm         At his father’s funeral service in Brooklyn, Eric, assuming he’s not infected because he has no symptoms, unknowingly infects his extended family. 3 more family funerals will be the result.

March 7, 11:32pm         Needing to relieve some stress, Eric goes to a nightclub in Manhattan. He meets a girl right away, Katie from New Orleans on spring break. He’s focused on her so he only ends up infecting the bartender and Katie. However, a week later, the bartender ignores social distancing by attending a party – infecting 5 others, those 5 infecting 35 others and so on.

March 11, 9:56pm         At this point, Eric is no longer contagious, but his damage will keep on inflicting. Katie on the other hand is in Miami Beach with hundreds of other college kids, defying social distancing as if they were invincible. She directly infects 21 people in a matter of days. 2 of them with underlying conditions that almost kills them.

March 28, 11:14pm         With social distancing not being enforced or practiced, the 21 infected multiply to thousands, reaching 49 states and 3 new countries.

That’s a grim story, but it’s a story we’re literally living through as these words are being written. This invisible threat is leaving a global trail of visible damage the world has never seen.

It’s power seems omnipotent, its spread untenable and with no viable weapon against it in the form of a cure or vaccine. But sometimes the most insurmountable problem has the most simple solution.

In this case it’s social distancing.

Social distancing is how we as ordinary people can effectively end the COVID-19 pandemic in as little as 360 hours. That is if every single person in the world practiced it perfectly for 15 days.

That’s all but impossible though. So what we can do is strive to be as “perfect” in practicing social distancing as possible.

COVID-19 needs us (humans) to exist and replicate or it will “die”. Without us, there is no Coronavirus. And it can’t “live” in our system indefinitely due to its viral life cycle. In order to survive, it must constantly find a new host to infect.

If there’s no new host to infect, the virus is done for.

That’s why social distancing is 100% effective in stopping a pandemic.

But like any strategy, it has to be properly implemented.

From what we currently know about COVID-19, if everyone in the world had no contact with another person outside their home base, the virus would “die out” and the pandemic would be over in about 15 days.

Those infected that are still alive would be recovering and not be contagious anymore. No more new hosts equals no more Coronavirus cases.

It’s now been almost 4 months with a half a million verified cases.

Because of poor social distancing. 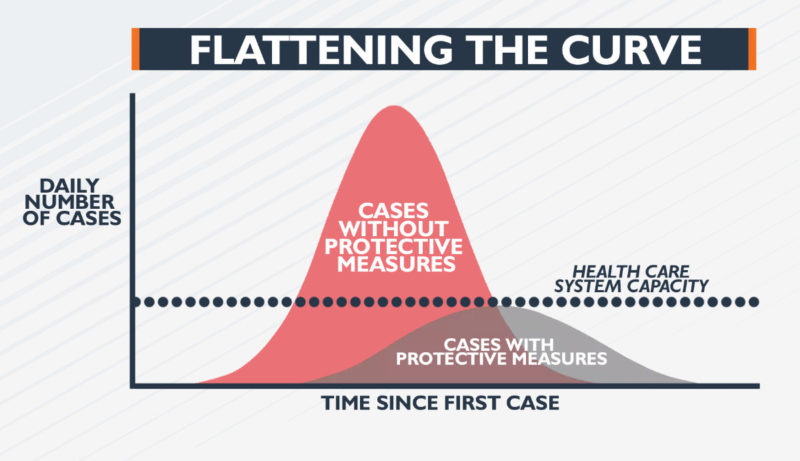 It’s such a simple physics problem but we humans are so selfish and lack discipline to do this small act to help literally save the world. Speaking of literal, the act of social distancing is in some ways, the act of literally doing nothing.

How hard is that?

You do not need to attend a party out of boredom.

You do not need to hang out with your best friend just one night.

You do not need to go to a bar to drink.

You do not need to hug your girlfriend for just a second.

You do not need a cool pic for Instagram.

If you’re an “ordinary” non-essential person during this pandemic, all you need to be doing is practicing perfect social distancing. And guess what? Doing this helps fight the virus.

Because we all have to socially distance to make it work.

Social distancing is the ultimate measure to “flatten the curve”. Meaning to stop the upwards trajectory of infection. Again, done by depriving the virus of new hosts to infect.

If you’re a non-essential person (first responders, medical, utility) and you’re mingling with other people, then by definition, you’re helping the virus in this war.

You are knowingly helping the pandemic. Stop it.