The Black Scout Concealment Belt looks like other high-end Cobra equipped tactical belts but this is the one I wear for its special hidden utility.

Designed for professionals operating in dangerous environments as well as for citizens living the prepared lifestyle. A belt that can perform for those working in LEO/Military, Personal Protection, or Concealed Carry Citizens. 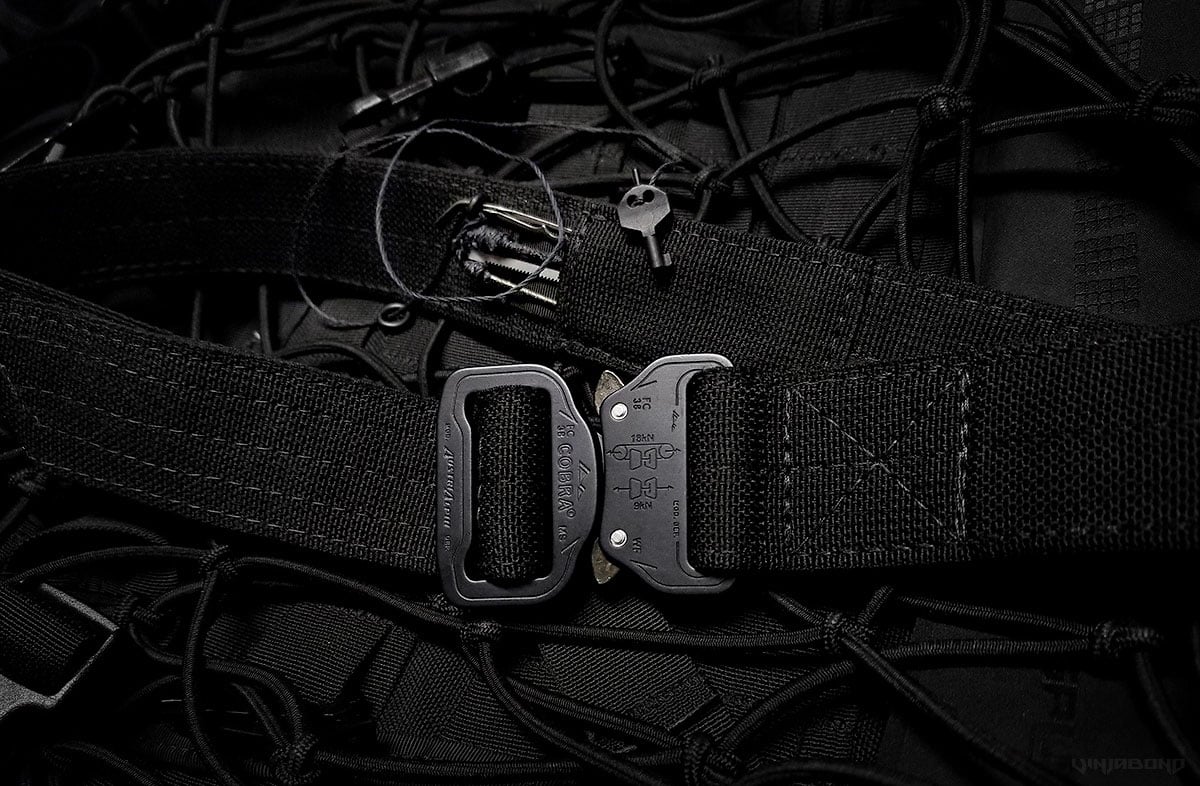 For as long as I’ve been working and to this very day, I’ve been predominantly using belts with AustriAlpin hardware. With over a decade of experience with them through hard and casual use, I know these to be the strongest, most reliable and best crafted buckles.

I still remember relentlessly hunting down an (authentic) Cobra Rigger’s Belt years ago. They were the unicorns of tactical / duty belts back then. Rare and coveted.

Now manufacturers of all sorts utilize them in their own belt systems. Not to mention a market of inferior copies and blatant counterfeits, nothing close to the original.

So when you see a brand using AustriAlpin buckles for their belts and other equipment, you know their goods are good. Or at the very least, they know quality and don’t mind the premium cost to obtain or strive for it.

Black Scout Survival, a straight up American and veteran owned company is one such brand. But their newly released Concealment Belt ($) is not like the other finely crafted “Cobra” belts currently available.

For metrosexual or highly fashion conscious men, there’s such a thing as a “grail belt”. It’s different from each individual but a common choice is a gaudy Gucci belt north of $500. To each his own but I am not that man.

However, with the Black Scout Concealment Belt, I’ve found my own grail belt, for different reasons of course.

To me, this is my “grail” because I believe this is the finest belt of this kind available. It’s a timeless albeit tactical style that I’ve always admired. The construction is almost on par with high fashion Italian-made apparel but significantly more resilient and utilitarian.

And that’s why this belt supersedes other belts like this, its (extra) utility… The concealment features.

Cleverly hidden and strategically placed are 2 pockets along the interior of the rigid belt webbing.

Hidden pockets in belts are nothing new, PacSafe has been making them for years but accessing the contents is nearly impossible while wearing the belt.

Dynamis developed a slightly better system but it was still not streamlined enough for practical field use.

The Black Scout Concealment Belt ($) elegantly solved the inherent problem of having hidden pockets inside a belt; difficult accessibility and item deployment.

These pockets have a tab. Pulling on it releases the item(s) from the tight confines and into your hand. No digging, reaching or clumsy handling. They work great.

Small and tight by design, the pockets are for escape / entry tools but also ideal for emergency cash or as stash compartments for things that must be stashed.

The first pocket is located center left of the buckle and the other is center back. Both are strategically placed for access when the hands are restrained.

The rigid webbing of the exterior negates any sort of printing, so items aren’t visible (bulging) to prying eyes.

As shown in the photos, I have my own SERE kit in the back pocket and a Karambite in the front pocket.

The best possible kind of recommendation a gear reviewer can give is by using or wearing the item in question. That being said, I will be equipping the Black Scout Concealment Belt for years to come.

These are also available in wolf grey and tan, made in demand in every size as they are not mass produced. 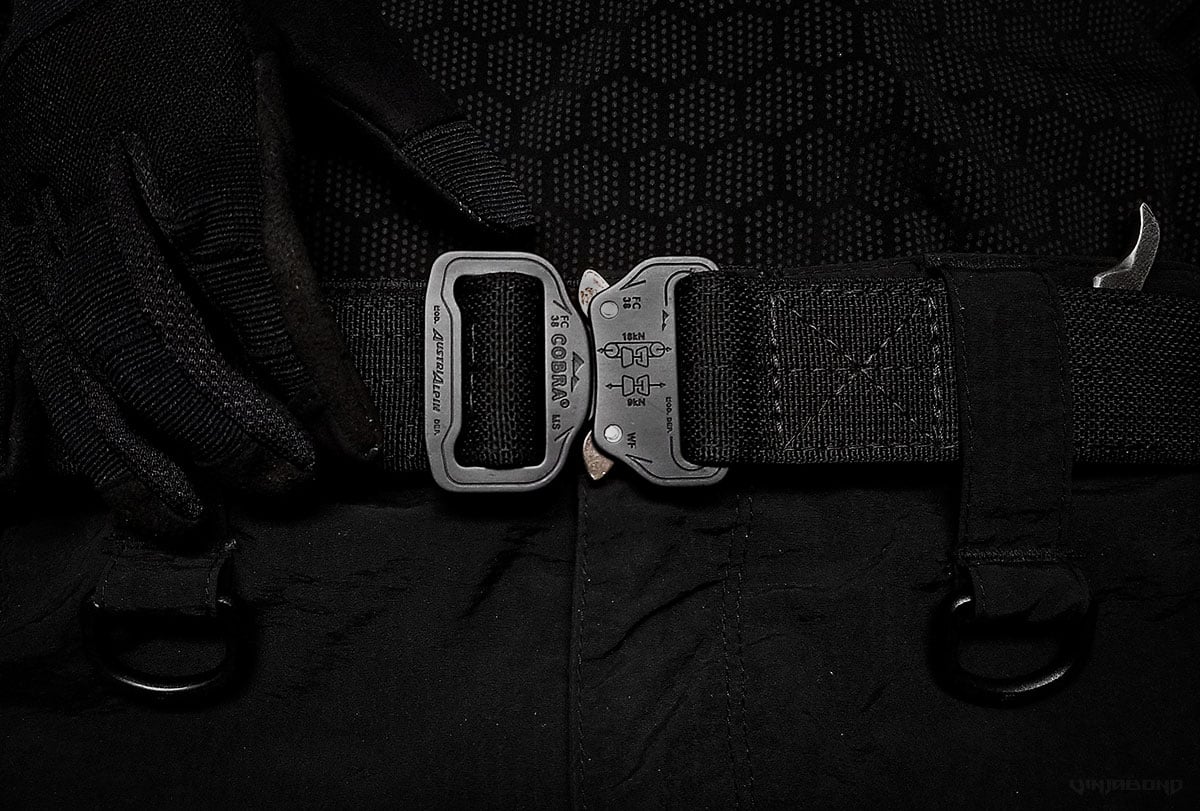