The Triple Aught Design FAST Pack EDC is a most outstanding grail rucksack that’s been been reengineered to be more agile, tactile, ample and versatile.

“Ruggedized construction and modular adaptability are the foundation of our FAST platform, helping you conquer the routine, the unexpected and everything in between. Combining the best of military design and mountaineering ergonomics, the FAST Pack EDC is built to be your trusted companion for adventures and missions. –Triple Aught Design 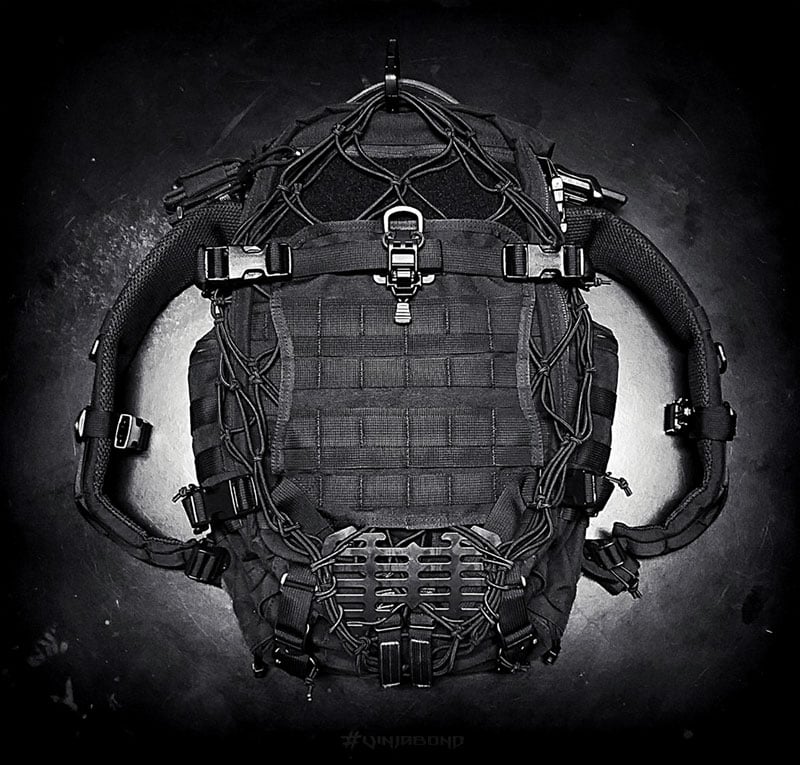 I’ve been equipping the Triple Aught Design FAST Pack line of backpacks for precisely 1,205 days across 56 countries and through every terrain on Earth.

The exact number of days is worth mentioning because I’ve used and relied on them literally every single one of those days of the last 3 years and 3 months of my nomadic vagabonding life of continuous world travel.

Living out of a backpack, all my immediate possessions and equipment of lifestyle function was carried by the Litespeed for the first 2 years. Then a year with its predecessor and now currently with the newly released EDC Backpack, the larger of the FAST Pack models.

Utilizing 3 different premium backpacks in as many years may seem like an indication of product wear and tear but that is certainly not the case here.

My original TAD backpack (review), after a hard and arduous life I put through it, still has many years of service to offer. Whereas my year-old Litespeed (review) is almost as pretty as the day I christened her.

In fact, due to their remarkable ruggedness and cult-like demand, I can still sell them at near retail.

But I could never do that, there’s just too much history with them. They’re more than backpacks, they’ve been my closets, cabinets, survival kits… my life lockers.

By now you understand my own understanding of what makes, for a lack of a better word, a good backpack, even if only by sheer experience and my dependency of them.

The original FAST Pack EDC($) was and still is by all accounts what we call a “technical pack”. Far beyond a simple sack with shoulder straps attached.

It’s a personal carry device made of high-end materials using designs of specificity for users of tactical and hard-use proclivities. Making it exceptionally ideal for everyday life, travel, work or in my case, living.

This reengineered EDC Backpack version is not a reinvention but an evolution of the original. Built upon the concepts of time, battle and field tested / proven techniques that spans nearly a decade.

Instead of trying to fix something that’s not broken, Triple Aught Design has merely raised their own bar of what the best rucksack should be. This is the result.

That however, comes at no surprise, quite the contrary as anyone familiar with TAD expects the best of each type of gear they make. They always deliver.

When I first discovered Triple Aught Design years ago, I knew right away that I wanted the smaller of the FAST Packs, the Litespeed rather than the larger EDC.

As their shared name represents, the “FAST Packs” are born of the same concepts of carry. But size is not the only difference, particularly with this new EDC Backpack. In fact, despite the 50 percent larger capacity, the EDC’s redesign fits, feels and handles much like the previously more agile Litespeed.

That is a game changer for me. I hate the feeling of holding luggage. I need to feel like I’m wearing it.

TAD calls it “improved suspension geometry”. Sounds like a sequence of words you might hear about a military drone but it happens to be perfectly suited to describe the FAST Pack EDC. Exactly how a high activity and prolonged use backpack should feel and act. 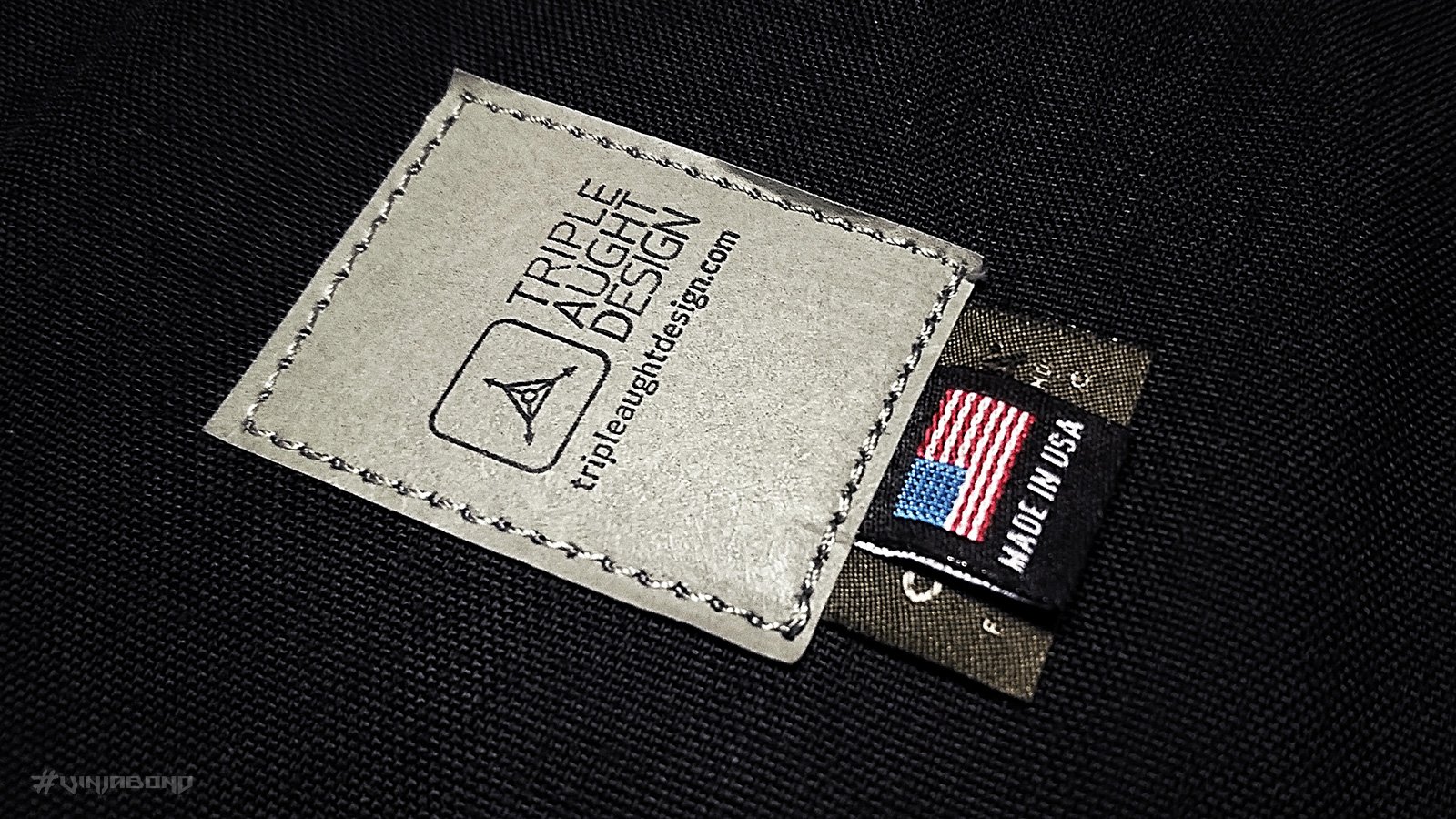 To put simply and accurately, the EDC has everything the Litespeed has and more. Much more.

Their aesthetics are identical as are the top-notch materials used. Both are made in the United States but that only guarantees patriotism, not quality.

Triple Aught Design’s proven history of craftsmanship and principle of the importance of attention to detail does. The FAST Pack EDC is evident of that.

”The FAST Pack Litespeed is a backpack so well designed that it couldn’t merely be improved in future generations. It could only evolve…”

It’s just a matter of preference and requirements.

I’ve always been a minimalist and highly organized packer, rarely filling my Litespeed to more than 80 percent capacity as that’s my packing methodology.

So with the EDC Backpack’s 50 percent larger storage space, I can now carry more without feeling like I am. Due to the new structural support, enhanced suspension geometry and the comfort of abundant Evazote cushioning all around with dual DRI-LEX ventilation.

The most visible difference between the Litespeed and EDC Backpack are the external sidewall pockets. Very handy zippered compartments with MOLLE integrated, just large enough for a t-shirt, water bottle, gloves, hat, snacks and other similarly sized gear.

Craftily hidden yet extremely accessible upside down pockets are layered under the aforementioned compartments. Objects are designed to drop into the hands when opened with D-ring points to attach optional cords. Think flashlights and tools for swift access or stashes and valuables to hide.

Perhaps the most significant addition to the FAST Pack EDC is the weather-resistant flat compartment with roll-top closure for laptops and documents. Isolated between the main compartment and back panel. Each side is cushion protected and lined with a slick ripstop nylon internal and an external Cordura layering. Airport security checks made easy; quick laptop removal.

Classic Triple Aught Design pack features are intact, some with upgrades and enhancements.

“Our latest generation FAST Pack EDC has been re-engineered from the ground up to rapidly adapt to changing mission profiles and carry you through the challenges ahead.“

The “EDC” in “FAST Pack EDC” stands for everyday carry. But if you already knew that, then you know “EDC” is a bit of an art. A personal art form of how and what we carry in our daily lives to function as best we can.

The name of this backpack may not be inventive or sexy like “Litespeed”, but it is aptly and deservedly named.

As with the previous FAST Packs before it, I will be equipping the EDC everyday until Triple Aught Design reengineers the best to be better, once again.

America faces many geopolitical and internal threats to social stability. The recent country-wide rioting and…