A particular set of tools must be removed from a SERE loadout kit to be applied for field use, forming an independent and “active” deployment carry kit.

An active SERE kit is not a pack or pouch filled with many tools to be carried for universal use. It is a select few tools for a specific purpose such as escape / evasion and is integrated on to the person.

This is the “static” method: 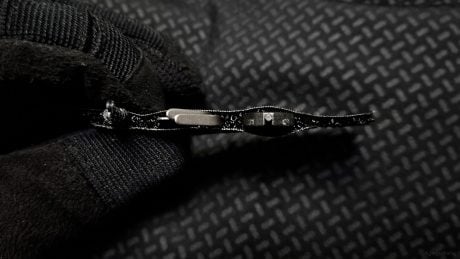 Other than the usability of the selected tools for the intended purpose, concealability and deployability is paramount. It must be able to withstand certain levels of physical searches (human) and digital detection (metal, x-ray and other spectrum scanners).

The idea of the static method is to have the kit layered between the user’s body and clothing or between 2 or more separate articles of clothing.

Featured here, it’s attached between the underwear and pants using a special kind of hook / loop strip. It’s flat and has a nominal footprint with no printing. 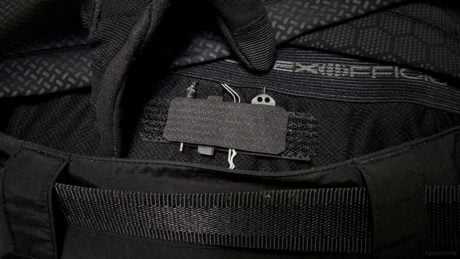 Hidden but strategically located in an easily deployable area of the body for when the hands are restrained – center right rear hip, above buttocks.

The contents of an active SERE kit depends solely on the user’s directive and is entirely interchangeable.

However, each item should adhere to the following characteristics; nonmetallic or titanium, flat or rounded consistency and corrosion resistant.