Why I Carry a Fake Rolex While Wearing a Real One

Some Rolex owners wear a high quality knock-off of their watch and keep the real one sitting at home, for safety – logical yet dumb. I don’t do that, I do this…

My real Rolex Submariner watch only leaves my wrist when I change time zones and my fake one only leaves my bag when I need it as collateral or insurance.

Yes, the fake one, not the real one. Instead of risking my passport, a stack of cash or a $10,895 wristwatch.

I received this watch for my retirement from my former employer in 2012 but could be had for about $8,500. Now for the same model (and age), it’ll set you back nearly 11 grand. Meaning, if I had purchased it myself back then and sold it today, used, scratched and well worn, I would make a handsome profit.

Rolex watches are essentially guaranteed to go up in value over time, almost never decreasing in value. This is extraordinarily rare when it comes to not just luxury goods but to any goods, not to mention true investments like securities or even real estate.

Regardless, that doesn’t make them the greatest of investments, much less as currency. 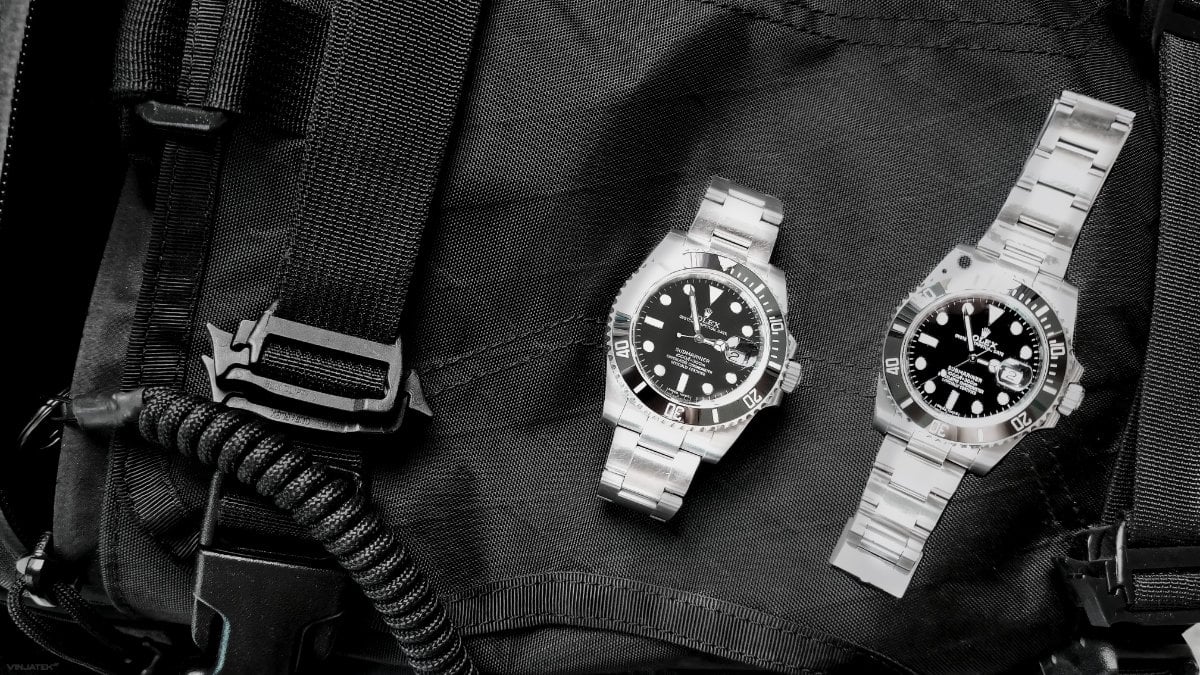 But that global brand recognition and its incredible hold on its value make them remarkably effective assets to be used as collateral or insurance for certain situations or when you’re in a pinch.

That’s how I do it, sort of. This is where the fake Rolex comes in, when I need to rent a motorbike, car, ATV or other vehicle in less developed countries.

Particularly shady or ma-and-pa rental shops that don’t take credit cards as incidentals, but instead require your passport or a cash collateral nearly equivalent to the cost of the vehicle.

When you give them your passport as a deposit, these types of shops just casually puts them in a random desk drawer – not exactly secure.

And if it’s cash, there’s also risk of being charged for imaginary damage to the vehicle once returned.

Or worse, there’s a con where they have someone steal the vehicle while it’s parked somewhere within vicinity while it’s your rental. Then they take your deposit outright claiming you lost their vehicle.

So when there’s no other option but to use one of these shops, I try to use my fake Rolex as a deposit.

It doesn’t always work and it takes some convincing.

Ironically, this tactic is most useful and likely to work in areas where counterfeit Rolexes are rampant, because they know what a fake one looks like.

Which is why my fake is a high-end one and is relatively expensive. It’s so well made that it takes an experienced jeweler about a minute to figure out if it’s a fake, instead of in the first second of examination.

When a shopkeeper who’s grown up around fake Rolexes most of their lives (but never seen a real one) come across a seemingly real one, they can be convinced of its authenticity that much more easily.

The shopkeeper is satisfied with the deal to move forward and my risk of loss is eliminated.

As for my real Rolex, I’d never sell it but if I had to, it could cover my entire cost of living expenses for my current region of South East Asia for a full year.