“Light and fierce, Raptors dominate the skies with extraordinary speed, agility, and precision. The lightweight and packable Raptor Hoodie is a fully seam-taped hardshell that maintains your agility in adverse conditions.“ -Triple Aught Design 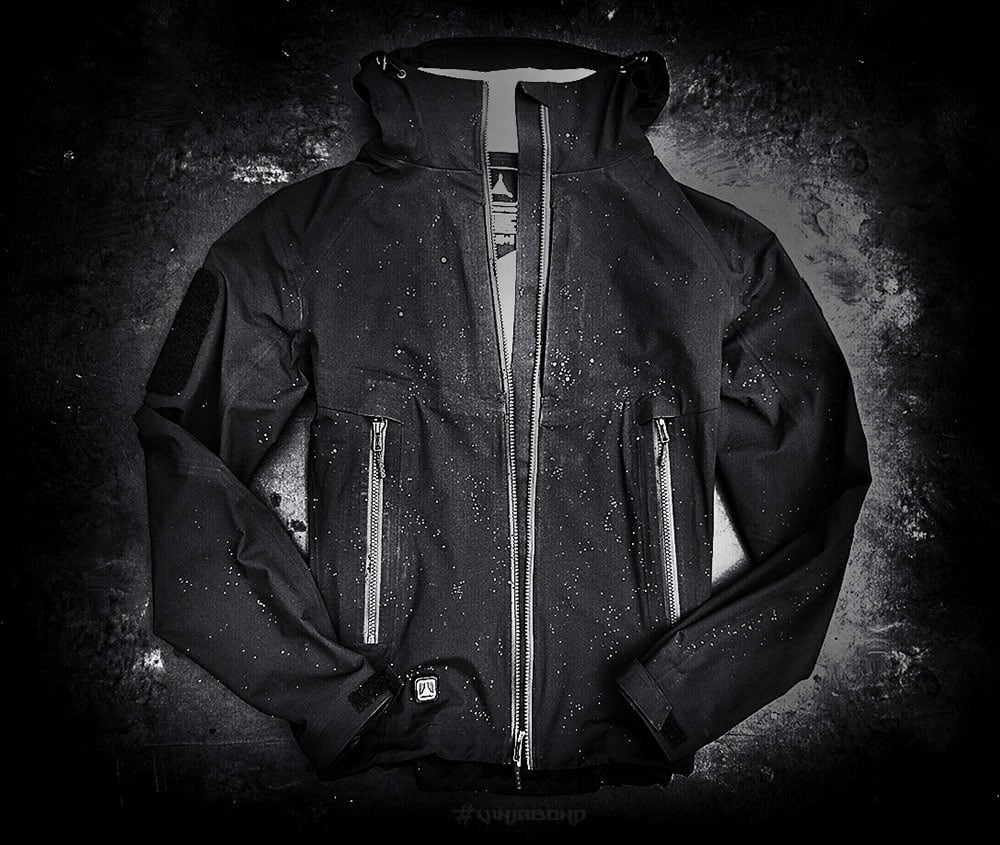 I received the Raptor Hoodie($) while I was in Bali, Indonesia. A hardshell waterproof jacket in a tropical land where it hits 90+ degrees Fahrenheit with as much humidity every single day hardly seems like proper attire.

But that was perfect timing as it was the tail end of the wet season, great for testing. Also, I’ve been needing a technical jacket that can excel in both hot and cooler climates to add to my vagabonding packing list.

While I’ve had plenty of days of hard rain to put the Raptor Hoodie’s Polartec NeoShell material through, the real test came when I climbed an active volcano.

Although trekking Mount Batur in northern Bali was only a 12 hour journey, it took me through 40 degree temperature changes, torrential downpours and above the clouds atmosphere from complete darkness to a sunrise. The Raptor Hoodie handled the extreme rainfall like an impermeable rubber raincoat but it didn’t feel or wear like one.

And that was what I wanted to test. If Polartec’s famed NeoShell material crafted to Triple Aught Design’s own jacket could be worn through harsh conditions while my body goes through intense physical activity.

I never doubted the waterproofness of the Raptor Hoodie($) as that’s the easy part of making a waterproof jacket. The more difficult and just as important task (for active apparel) is breathability. Will the jacket keep me dry from external conditions as well as reducing internal moisture from the body? And if there is internal moisture, will the jacket dissipate it effectively? 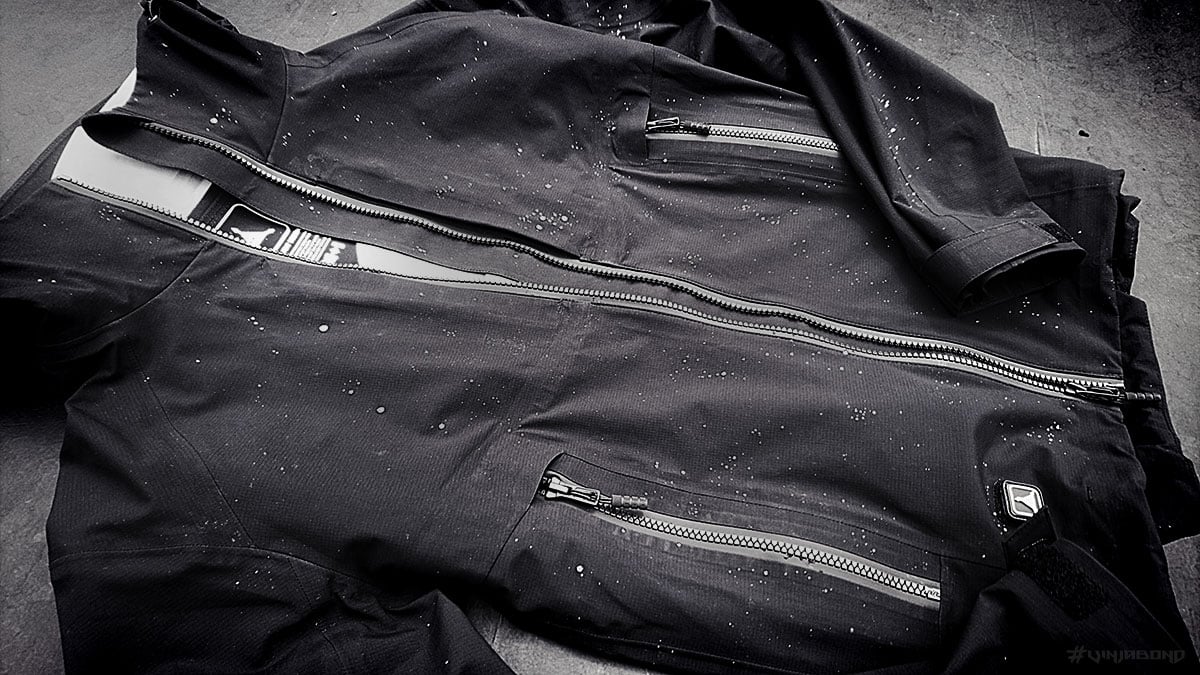 I’ve found that the Raptor Hoodie is the answer.

Let’s talk about the price as it’s an often controversial topic with TAD gear. So let’s address it now. It’s a $425 non-Italian (but Made in Canada) hardshell with no insulation (which is the point). Some have said that with Triple Aught Design products, you’re buying a name.

Perhaps, but that name is a well earned reputable one of which also comes with quality, ingenuity and each piece has a rarity factor as they do not mass produce.

More importantly to the unfamiliar (in regards to price) and tangibly, looking at other Polartec NeoShell jackets, their costs are similar to the Raptor Hoodie.

The NeoShell is an amazing and extensively proven material available from other brands but only with Triple Aught Design will you get their style and… design.

The Raptor Hoodie’s($) great achievement is being a highly technical (and advanced) jacket full of features but at an extremely lightweight and packable kit.

In my review of Triple Aught Design’s flagship jacket, the Stealth Hoodie LT, I called it my favorite jacket of all time. While that still stands, the Raptor is also my favorite but for warmer and less inclement weather.

They are both high-end waterproof and windproof active jackets with seemingly identical styles. But in fact are vastly different in materials, fit and design.

The Raptor is a hardshell that’s more stretchy and thinner.

The Raptor is made from Polartec NeoShell.

The Raptor has a loose and flexible fit.

The Raptor has chest and abdomen pockets.

The Raptor’s black color has a bluish tint.

The Raptor has no elbow reinforcements.

The Raptor has no pit zips but has higher breathability.

The Raptor has 3 hood adjustment points.

The Raptor is ideal for warmer climates.

The Stealth is a softshell that’s more rugged but heavier.

The Stealth is made from Schoeller c_change™.

The Stealth has a close and tailored fit.

The Stealth has arm, chest, back and wrist pockets.

The Stealth’s black color has a greenish tint.

The Stealth has elbow reinforcements.

The Stealth has pit zips for ventilation.

The Stealth has 2 hood adjustment points.

The Stealth is ideal for colder climates.

Folded or rolled, the Raptor Hoodie packs to just 1/3 the volume and weight of the Stealth Hoodie LT.

That’s not to say the Raptor is not durable, it’s just that the Stealth happens to be extremely durable. From my tests, they seem to be just as waterproof but the Raptor is noticeably more breathable and flexible.

I’ve had the RDDP1 Pouch since it was released and have attached it to the side of my FAST Pack EDC but have yet to use it until now. I roll the Raptor into a cylinder in its own hood and it fits snugly but perfectly into it. This is a big deal to me.

If I’m on the move and don’t need to carry my backpack but still (potentially or for a short time) need my jacket, I can remove the RDDP1 Pouch from the pack. And when I do wear the jacket, the pouch folds neatly into itself and can be placed in one of the Raptor’s pockets. 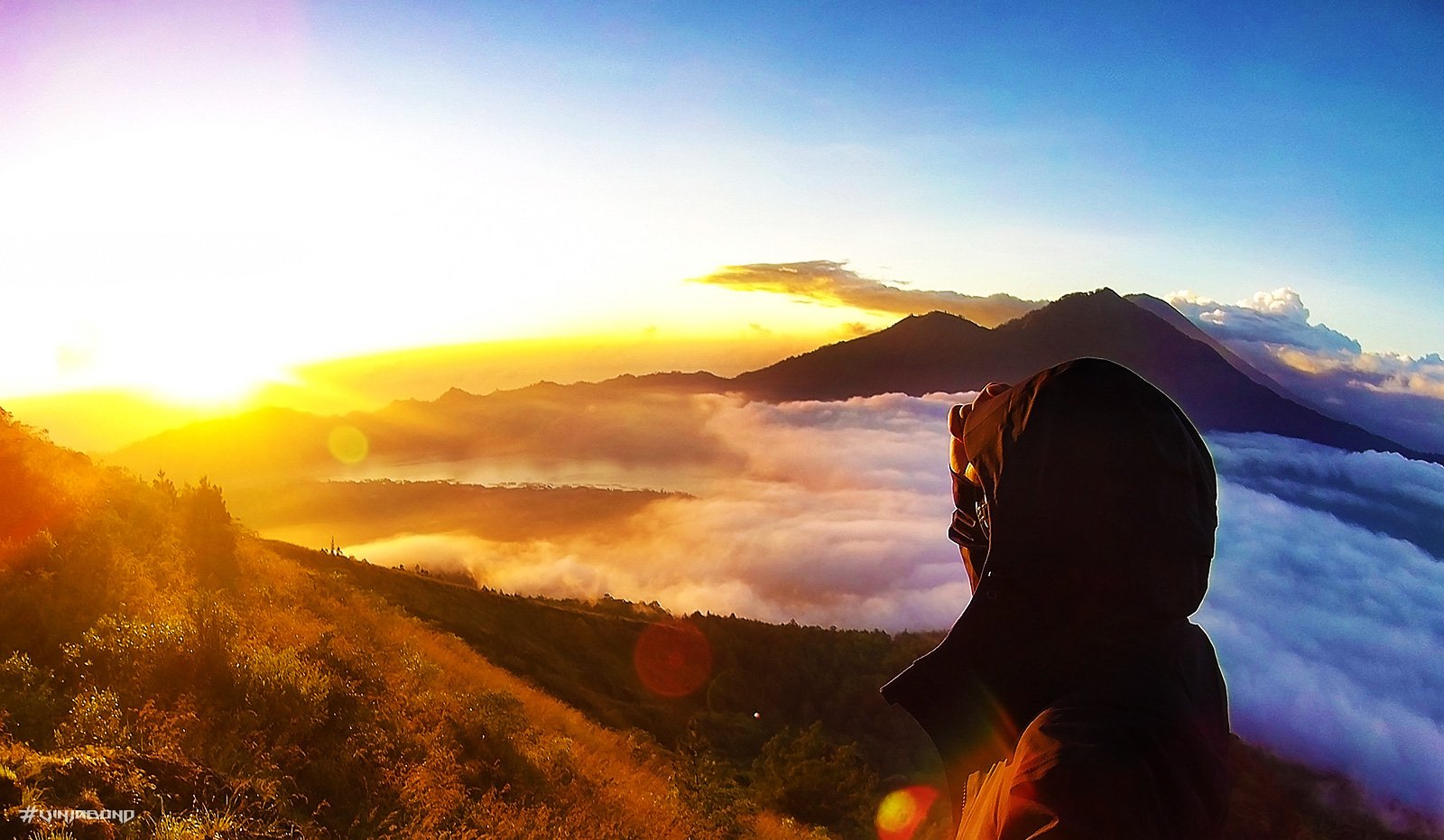 The Raptor Hoodie’s great achievement is being a highly technical (and advanced) jacket full of features but at an extremely lightweight and packable kit.