Earning the reputation of producing some of the best ruggedized tactical backpacks, it’s been adapted to their caps with the GR TAC Hat.

“The Mesh TAC Hat is a simple, military-style tactical hat, while keeping the secure, low profile fit with six panel construction. Four panels are Cordura 1000D — same as we use in our rucksacks for its ripstop protection and strength to weight ratio. The middle two panels are made of a non-stretch mesh which allows more air to flow, keeping your head cool even in warm weather.” -Goruck 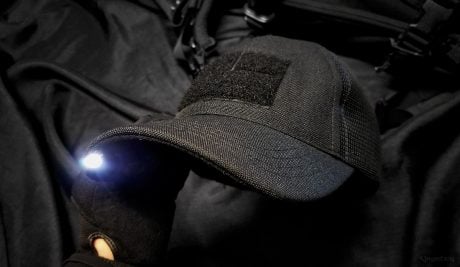 It was the summer of 1998. I had just experienced my first Yankees game and was never so proud to wear a baseball cap. I had saved up $32.46 to get the official New York Yankees 59FIFTY fitted cap all summer. That’s a lot of money for a kid from the Bronx.

This was the old stadium, a pretty bad neighborhood to be on foot. Long story short, we got mugged – but as fate would have it, they only wanted our fresh caps. In that part of town, that’s normal.

I’ve gone through many hats throughout the years but never had one that I REALLY, REALLY liked. That is until I tried on the Goruck TAC Hat ($35)

Unlike my lost Yankees hat, this one has zero sentimental value and it doesn’t represent my hometown or favorite team. But in terms of function, build and purpose, it supersedes all that.

At first look, it’s just a standard tactical “baseball” cap. The style is relatively identical to most others, but in that regard it’s supposed to be. A sterile, highly utilitarian but no-frills headwear with a 2×3 identity / morale Velcro placement on front.

What makes the Goruck TAC Hat arguably the best tactical hat you can buy right now is the materials used with the exemplary construction standards. Their backpacks have proven to be some of the toughest and most durable out there, afforded from what they used to make them and how they made them. Which is what they did with their hats.

I’ll be wearing my TAC Hat for years, not all the time, but through most of my adventures, missions and daily life. I’ve reacquired my “Yankees hat”. 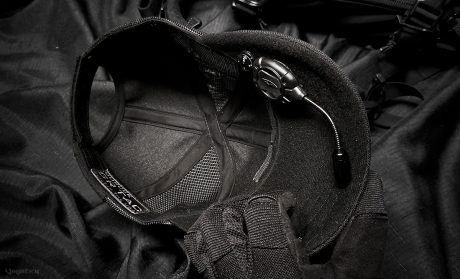 The rectangular Velcro placement on the front is a quintessential feature of a tactical hat but Goruck took it a step further and added a super soft material under the brim. This seemingly out of place material acts like the “loop” part of Velcro so it can be effectively used as such. It’s extremely effective as I’ve attached a Point Hat Clip Light and compass.

Although I haven’t been through extreme conditions yet with this hat, I can see that soft material absorbing sweat and wicking it away efficiently. 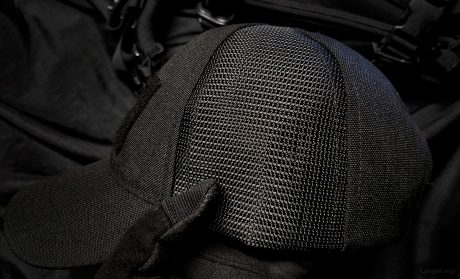 Cordura 1000D, the primary material used, is exceedingly tough and overkill for a mere hat, but in a good way. However, 2 of the 6 panels of the hat are just as durable mesh for ventilation, to compensate for the heavy duty build of the Goruck TAC Hat.

The lining / band is made of cotton, not polyester, for better comfort and moisture wicking. 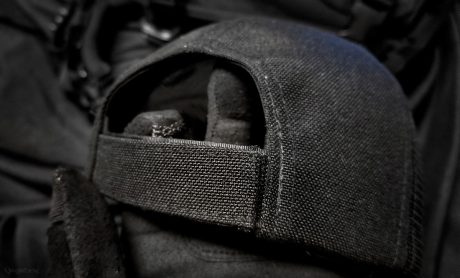 Thankfully the closure strap is not a plastic snapback, it’s Velcro and so it’s micro adjustable and it won’t crack or deform – providing years of hard use.

I never felt comfortable attaching snapback hats to my belt or backpack when not in use while in the field in fear of it popping off by accident. These straps negate that possibility all together. 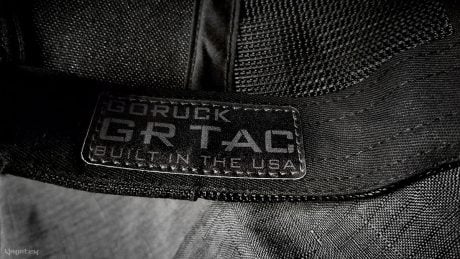 As mentioned earlier, this is a brand sanitized hat. There is no exterior branding or logo. Just a thin non-intrusive and heat pressed label on the inside band.

As with all other Goruck gear, the GR TAC Hat is also made built in the United States of America. Patriot or not, American or not, that’s always a big plus. 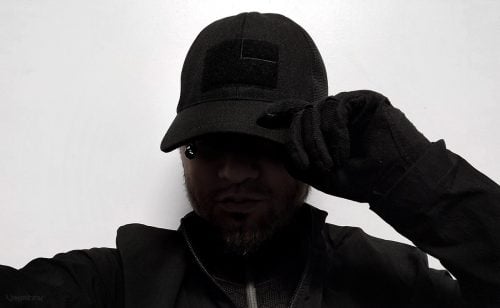