Gear Tactics is a series of posts about specific tips, hacks, modification guides and best practices of operative, nomadic and survival gear + apparel.

This is the first in this gear series of posts. This series will be to-the-point gear concepts that I’ve developed myself and use or have used in work and in life.

Separate from the gear reviews, EDC methods, loadouts and menswear posts, these will focus on ways to improve existing gear and how they’re used.

For now here’s my thought process and methodology of utilizing, collaborating and modifying gear:

Every product that’s manufactured is designed to perform a specific purpose or solve a specific problem – which is obvious if not clearly stated. It has to be this way, otherwise it wouldn’t sell.

It’s that specificity that locks us into using a product for just that specific use, when it can be so much more than what it’s designed and sold for.

Broaden the idea of what a product is meant to be to what else it could be. Perhaps more importantly however, is doing the same to the parts and raw materials that make up products.

As I’ve said in ‘How to Operate Like MacGyver in The Real World‘, think of everything as a multi-tool that can function as more than the one thing any given object is originally intended to do.

Perceive every object as scattered pieces of potential devices that can be put together despite how innocuous or irrelevant they may seem to each other to build or modify a new problem solver. 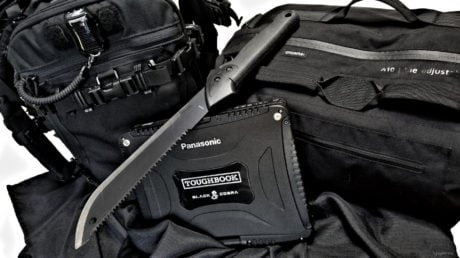 If you have anything you want covered, let me know in the commments section below or get at me.