Why I Carry a Knife in Life and Travel

Knives have been a part of my EDC since I’ve been a kid, my profession and now extends to my vagabonding. Why I carry a knife…

“A knife is more than just a weapon, it’s a tool for survival and utility.” -John Cain

It all started while watching MacGyver craftily using his famed Swiss Army Knife on TV during the late 80’s and early 90’s. As an impressionable boy, it was particularly fascinating seeing how such a small tool could be so useful in both everyday and tactical scenarios.

Knowing my parents wouldn’t actually buy me a knife, I saved up my allowance for months to get it myself.

Even at the age of 13, it wasn’t that difficult to acquire a knife in New York City’s Chinatown all those years ago. For $20 I got a knockoff version of MacGyver’s.

Born and raised in the Bronx, I grew up on the streets so I didn’t carry a knife for protection since as a local, it wasn’t exactly necessary. That is until this one day.

On the same street of the elementary school I went to, PS 9 on Ryer Avenue is a playground I spent much of my youth in. Just a minute walk to our old apartment.

Like any other day, I was playing with some neighborhood kids and if I remember correctly; an ordinary looking middle-aged man comes up to me and tells me he’s an off duty police officer here to take me to my parents. He said they were in the hospital waiting for me. I was only 13. I hurriedly got into the back seat of a car I can only recall as being beige with red interior.

After a bit of driving, I started asking how much longer it will take and if my parents were okay. He never answered but he would look at his rear view mirror making eye contact with me every time I asked.

I was just a kid but I believe I sensed malicious intent in his eyes so I started to get suspicious and eventually asked him to let me out… No response whatsoever.

I’m not sure if what I felt next was panic or anger but I felt the over-sized Swiss Army Knife in my pocket as my leg pressed against the door panel as the car made a sharp turn. Like instinct, I took it out, flipped the blade and slightly stabbed the man’s right shoulder.

To this day, I distinctly remember the feeling of the blade tip hitting his shoulder bone and the knife slipping out of my tiny hands and landing on the dashboard as he lost control and hit a parked car.

I got out, ran like hell to the nearest metro and got on the “D” subway train to get back home.

I never told my parents or the police of this fearing I did something wrong but I did watch the news later that night and saw he was arrested for a “hit and run” (that I caused) and had several warrants for his arrest. 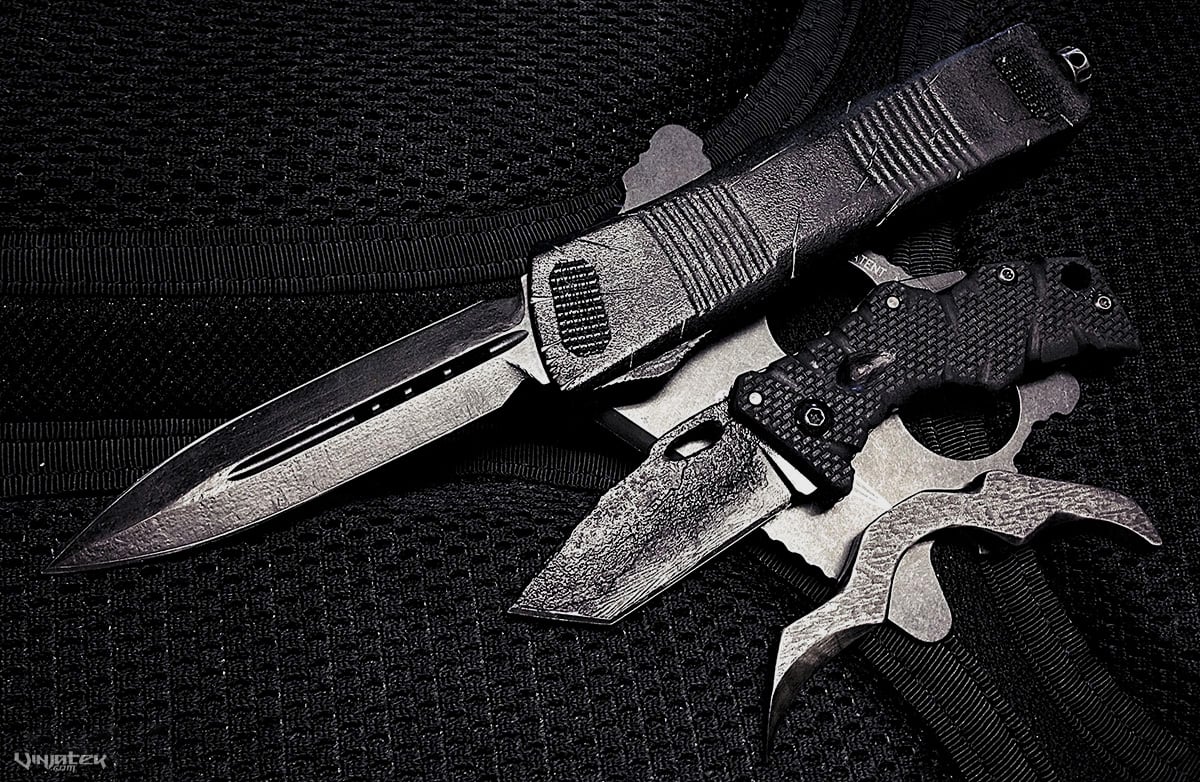 Almost 20 years later, I still carry a knife on my person at all times. But now I have extensive tradecraft knife training in both martial and culinary arts.

Also, I’ve learned to modify knives specifically for my needs, situations and fitted for my grip.

Most guys love guns and sports, I love knives and travel.

Knife laws in my home country of the United States is complicated and varies from state to state but I’ve kept up with them over the years, constantly changing the type of blade I can legally carry.

So when my life of world travel began, I had to rethink my knife EDC; abiding to international laws and best suiting my minimalist lifestyle of living out of a backpack.

But like any tool, it’s only as good as the wielder.

No one should carry any sort of weapon, knife or otherwise, without the basic knowledge of how to use it as well as its limitations and the potential dangers to oneself and the assailant.

Furthermore, other than the laws of possessing a knife, the wielder should be aware of the technical legalities of self-defense and assault.

This is why I carry a knife for life and travel.