The Wrath of Traveler’s Diarrhea

Vagabond’s have a viciously nasty enemy that lurks in the shadows, attacking randomly and at will… we call it “Traveler’s Diarrhea“.

This type of diarrhea occurs in a significant number of people who travel to foreign countries. Travelers to developing countries of the world become ill from eating or drinking food or water contaminated by infected human bowel waste.

Sitting in the back of a shitty bus at 7am in Luang Prabang, Laos, I had my headphones on waiting for some backpackers to board. It’s a bumpy and twisty 8 hour ride to our destination, Vang Vieng. And from experience, I learned not to have a big meal before such a journey.

I’m traveling with my new friends, a pair of exquisite German beauties. But they suddenly seemed average when 3 platinum blonde Swedes walked through the bus aisle like it was a goddam fashion runway.

Each at least 6 feet tall with bodies straight out of a Vogue magazine and the kind of faces that most men can never say “no” to. Hell, even the ugly one was a knockout.

But it was very confusing, as the prettiest one of them had a giant piece of fried squid hanging off her mouth and a plastic bag full of local snacks. How does she stay skinny?

They sat a few rows in front of us and I could see she kept munching non-stop for a couple of hours.

After a bathroom break or two we reached the mountainous area of our ride. It’s one of the most beautiful scenery I’ve ever seen through a bus but at the cost of never ending bouts of 180 degree turns.

At some point through the mountains, the Eating Swede told the Ugly Swede to ask the bus driver something (I assume) when the next bathroom break will be.

Another hour or so later I saw that the Eating Swede was slightly hunched over and nursing her tummy. The Ugly Swede got up once again to ask the bus driver something, I assume it was for the same question or perhaps if they can stop somewhere… anywhere.

I finally managed to pass out, well, slip in and out of micro sleeps that is. By that point I’m not sure how much time had passed by but I was jerked awake when I inhaled moist particles of that beautiful woman’s liquid shit.

That Swedish Goddess had shit her short shorts in a steamy bus filled to the capacity of 30 passengers in max humidity 90 degree weather with no air conditioning.

My nasal cavities violated, my eyes finally saw it happening. Liquid nastiness running down the green vinyl seat as it leaked from her denim shorts. She just let it go, not that she had a choice.

Her friend started screaming, I assume when she inadvertently touched the pooh as they were sitting next to each other. Then others started screaming when they noticed what was happening as others just complained thinking it was just a really bad fart.

The bus driver pulled over as soon as possible in the middle of nowhere. Everyone ran out the stinking bus to escape the horror. Only the Shitting Goddess remained, I believe she “finished” in the fucking bus.

We all waited outside for more than an hour as she said she wouldn’t come out until she cleaned everything.

It may have been avoidable if she didn’t eat like an animal, but it was also because they had just arrived from Europe where their bodies haven’t gotten used to the food, water and bacteria of South East Asia yet.

A dose of Loperamide would have fixed it right up though. No one should ever travel without it, I swear by them. 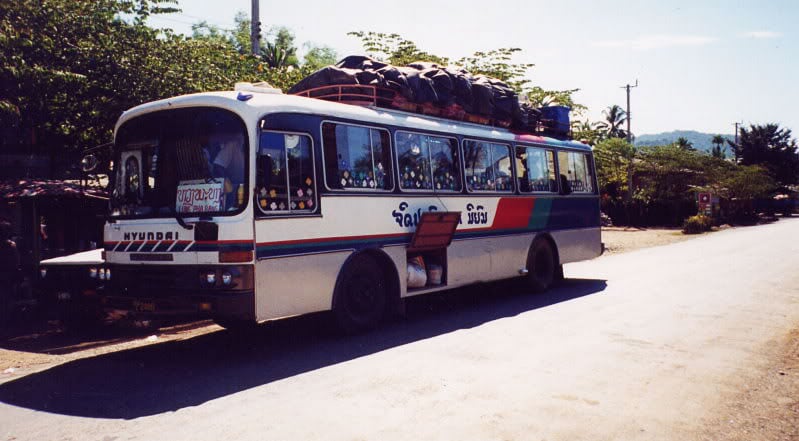 Now my turn… See the featured photo for this post? That’s me on a 20 minute ferry ride from Gili Trawangan Island to Gili Air Island in Indonesia.

This was my 5th time there and had been over 2 weeks during that visit so my system had gotten use to the initial traveler’s diarrhea stage; the first few days of arriving in a new city where the risk is the greatest.

Before getting on this boat, we had breakfast at one of those restaurants where there were only 3 walls, no electricity and the menu was written with a magic marker a decade ago. My favorite kind. I had curry chicken with rice. Delicious? Yes. Clean? No comment.

Waiting for our ferry, we had some beers on the beach. Big mistake. That stirred up something ugly in my stomach, that first sign of diarrhea we all know.

And that’s when you’re supposed to take the magic pill, Loperamide… When you first feel it coming. The last ferry of the day about to arrive, I couldn’t just hunt down a “shittable” toilet on the beach.

So I opened my Mobility Pack and took out my Omega Life Capsule to get those magical anti-diarrhea meds.

Shit. I had run out. The rest of the stash was in my main backpack which was back at a hotel in mainland Bali.

This diarrhea was coming and this ferry was about to be going, but it’s just 20 minutes. So we just got on.

Being underdeveloped islands, to actually get on any of the Gili Islands, all passengers must hop off whichever boat they arrive in and get their legs completely wet from the ocean as there are no docks… Keep this in mind.

Our boat arrived. So we got in line among the other passengers right on the beach. As we were waiting for the current passengers to get off, my stomach was on fire. I thought, “shit, shit is happening”.

The 20 minute ride was taking forever, as time seems to stop when you got a diarrhea attack, but it’s only been 10.

With just 5 minutes to go, it got real bad. I had visions of the Shitting Goddess of Sweden.

The pressure was getting unbearable. In my infinite wisdom I thought maybe if I let out some gas, I could delay the liquid monster inside of me until we get to land.

In my attempt, I hershey squirted. A lot. But not the whole load, thank God for that. So yes, I shit my board shorts.

But no one noticed. However, I could feel all that warm nastiness and if I stood up, it would run down my legs and plop down to the boat floor, life would not be good.

With no more than a hundred meters to the beach, I asked my friend to take my bag then I jumped out of the moving longboat and into the refreshing ocean.

I swam and bathed all the filth away to shore as if it never happened. But I’ll never forget it. The end.

The problem with traveler’s diarrhea is that it’s not always caused by contaminated food or dirty utensils.

But mostly because of the different bacteria that’s naturally present in each country to each individual region and even city. So it takes time for our digestive and immune systems to get used to foreign environments.

The bad news is that no matter how strong of a stomach you have or how clean you think you may be eating abroad, you can’t escape the wrath of traveler’s diarrhea. Unless you equip yourself with Loperamide as part of your packing list and everyday carry kit EDC.

I always carried them for work, so I learned the value of them long before I started vagabonding.