How to Stay in a Foreign Country Indefinitely Without Special Visas

When you enter a foreign country, you’re given a limited time to be there before you must leave. This is how to stay for as long as you want.

“A visa is a conditional authorisation granted by a territory to a foreigner, allowing them to enter, remain within, or to leave that territory. Visas typically may include limits on the duration of the foreigner’s stay, areas within the country they may enter, the dates they may enter, the number of permitted visits or an individual’s right to work in the country in question. [Excerpt]

All countries limit a foreigner from remaining within its borders to about 30 days, sometimes as short as 15 or as long as 90. This is granted with a standard travel visa, also known as a “tourist visa”, it’s the most common way to enter and stay in a foreign country.

Most people who visit a foreign country only go for a short week or a weekend, so how long they’re legally allowed to be there is hardly a concern.

But for others like active nomads, expats or operatives, more (or indefinite) time may be necessary for living, working, exploring or just chilling.

As for myself, when I get to a new country, I typically stay the full allotted time then finally move on to the next. However, once in a while I will “live” in a country / city that I like for an extended amount of time.

Typically you can only “live” in a country, or more specifically be present in a country beyond the limitations of a standard tourist visa if you have a “special visa”. Such as student, work, refugee, immigrant or diplomatic visas – all of which are extremely difficult and time consuming to procure.

Now as an ordinary civilian, I only ever use the tourist visa but I still stay in some countries for as long as I want. 100 percent legally – through a loophole. 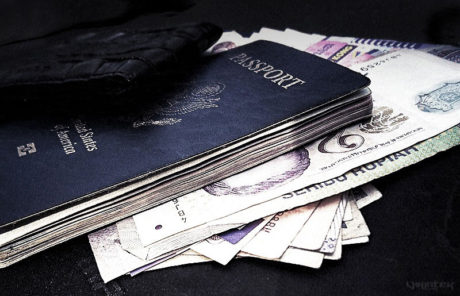 First, if I know ahead of time that I want to “live” in a particular country for a while, I opt for an extended travel visa that grants an additional month or two at extra cost and upon the availability of such a type of visa offered by the country.

Then a few days before that visa expires, I leave to go to a nearby country but promptly return a day or so later. In that process, I get a new tourist visa upon returning to the country I want to stay in.

The only way to get a new standard visa is by physically leaving the country, getting a visa at another country then returning.

So you still have to leave the country (for at least 24 hours) to stay in that country, but the system works.

This is called a “visa run” and it may be a loophole but it’s completely legal, but not available for every country or every passport (nation dependent).

I’ve been doing this for many years with multiple countries and have never had an issue.

Most currently and as of this writing, I’ve been living in Vietnam for about 9 months without special visas.

I only had to leave the country 3 times, each time was for a few days to Cambodia and Laos. Making each trip into a sort of a short but productive vacation.

For Americans, the State Department site is an excellent resource for global visa requirements.

[The featured photo was taken in front of a tribal hut on Skull Island in Ninh Binh province of Vietnam.]