How to Effectively Watch The News in The Fake News Era

News is what somebody somewhere wants to suppress; all the rest is advertising.

Excessive rises in propaganda, social disinformation and faux state-run media have made it difficult. At least for the uninitiated, gullible and cultists.

First, let’s define “news” for those who fit in one of those groups: News is a broadcast or publication of worthy or important current events. Basically, it’s people telling other people what’s going on.

It’s about real things that have happened or is happening. Facts. Often emotion, personality and even opinion is utilized while conveying these factual details. As long as the facts are clearly and directly stated in these messages, then it’s news. Real news.

If the message is critical of someone you like, it doesn’t make it fake news, as long as the facts are accurate.

If you don’t like the message, it doesn’t make it fake news, as long as the facts are accurate.

If you don’t agree with the message, it doesn’t make it fake news, as long as the facts are accurate.

If the message is about a potential conspiracy theory that specifically states it may not be valid and more information is needed, then it’s reporting news.

If the message is about an obviously baseless or widely debunked conspiracy theory specifically to push or fit a certain narrative, then it’s fake news.

If the message is conveyed with unintentionally inaccurate or unverified facts, then it means there was a mistake, an error or it’s plain incompetence.

If the message is conveyed with intentionally alternative or fabricated facts, then it’s fake news.

There’s a saying “If you think everyone is crazy except you, then you’re probably the crazy one”.

Hypothetically, “If you think all news is fake except Fox News, then Fox News is probably fake news”.

Speaking of, I do watch Fox News and read Breitbard, on occasion that is. And so much, much more…

As you may know, I’m a nomad and travel while living around the world – nonstop since 2012. I mention this because I watch the local news heavily wherever I am.

Not just American networks but news from Europe and Asia the last few years. And while I was active as an operative I focused on the local news stations of Russia, Afghanistan and the Middle East.

So I have a particularly good understanding and a clearer perspective of news and fake news.

And that’s how to effectively watch the news.

By watching and reading multiple sources. 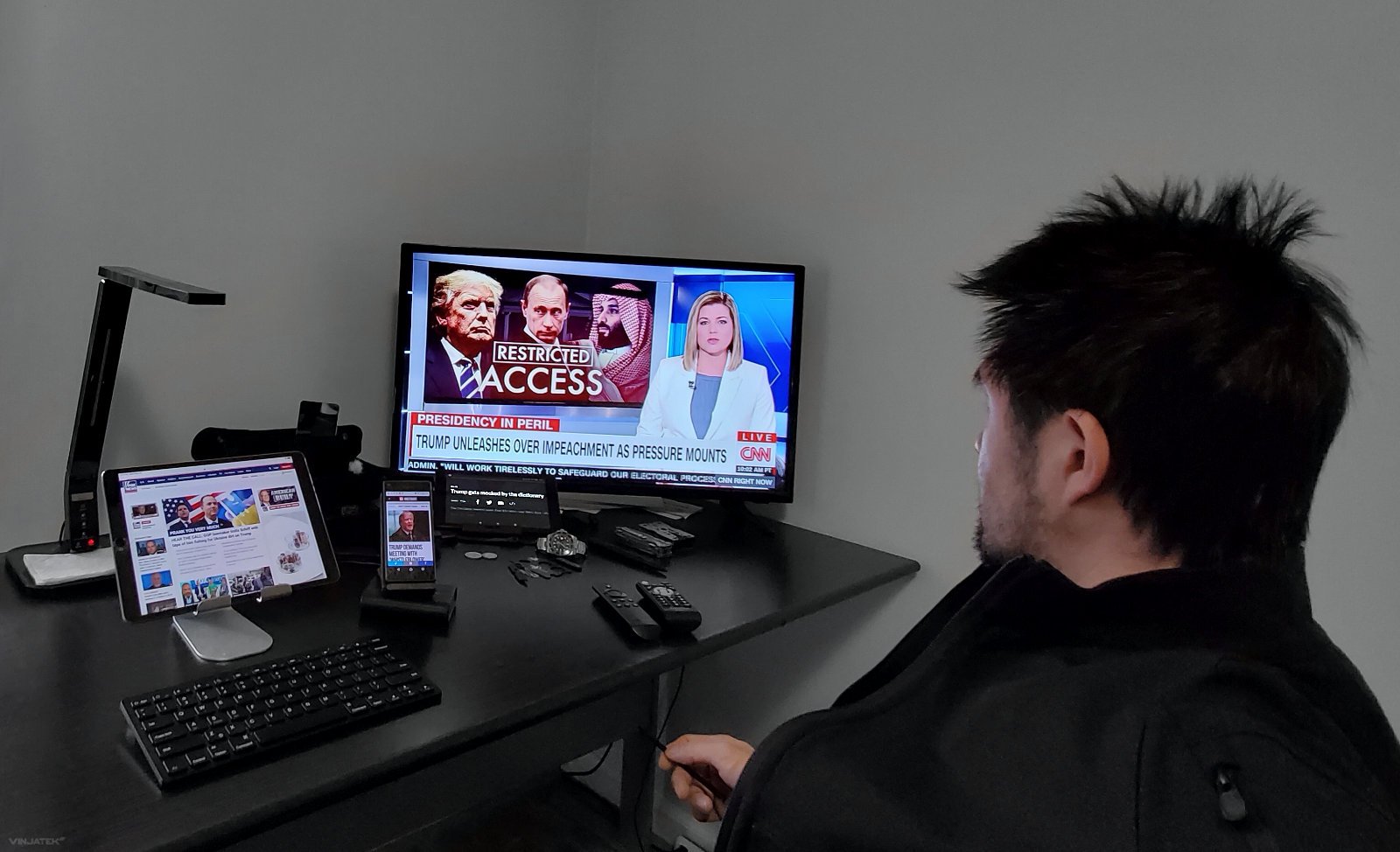 Even if you don’t like the network, anchors, political orientation or even if they’re obviously “fake news”.

Seeing propaganda for what it is will show you truth for what it should be. Deciphering disinformation will let you dismiss a dictator’s directive.

You can’t know good without knowing evil. As such, it helps to know fake news to know real news.

News doesn’t become fake news because you don’t like it or disagree with it, news isn’t supposed to be something you like or agree with.

News is what is, not what you want it to be.