“I know you check a bag when you fly for your non-permissive items while boarding with some highly specialized weapons that can bypass security. But I’m curious about weapons that are TSA compliant and generally permissive for carry-on for commercial flights. Specifically items that don’t need to be concealed and won’t be an issue going through airport security. So, legitimately legal but still effective as a defensive tool.” -User 02077

Anything technically classified as a “weapon” is restricted as carry-on for essentially all commercial flights, TSA (American airspace) and globally alike.

But a tool doesn’t have to be classified as such to have the utility of a weapon, literally anything can be. The only thing matters is its effectiveness and practicality – also in this case, permissiveness.

I currently equip the following non-weapon “weapons” in various everyday carry kits and loadouts, all of which are transported carry-on when I fly. 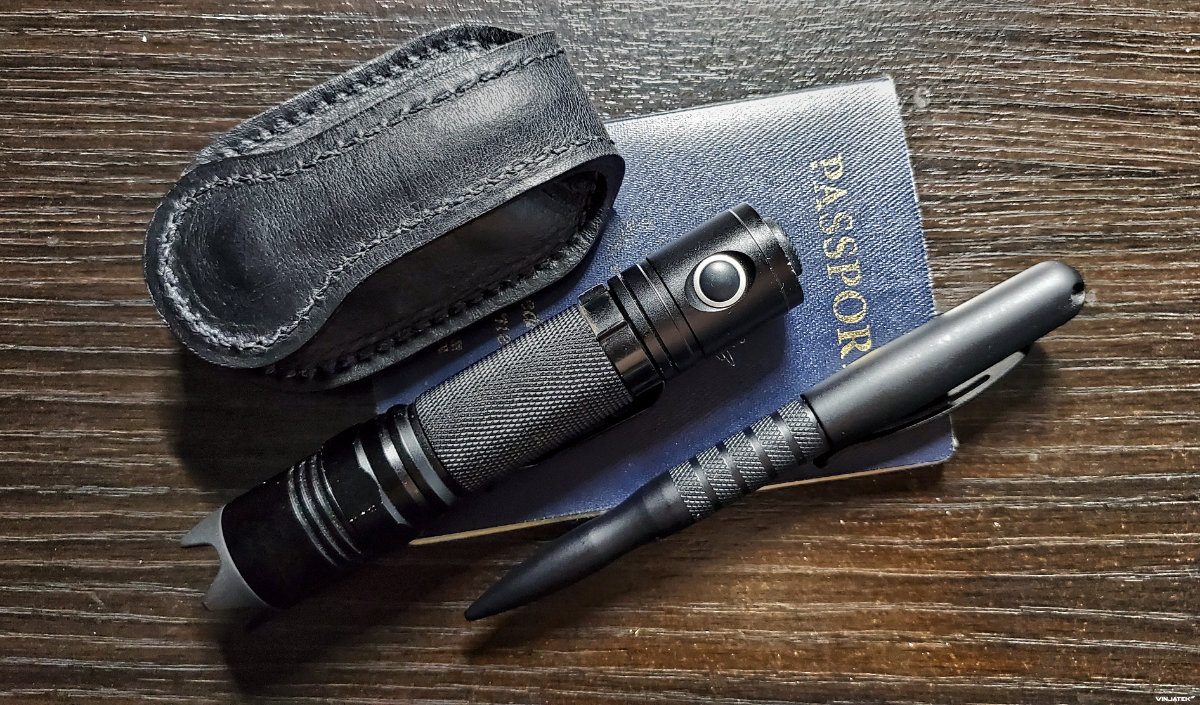 Hot Tamale Coin Purse   |   [BUY]
Made by Mean Gene, this holds a dozen or so coins and holsters itself to belts. Equally it’s also a leather sap, an extremely powerful one. Although I haven’t had any issues with security, I’d be extra cautious about bringing this through highly sensitive locales.

BSS V3 Torch   |   [BUY]
Made by Black Scout Survival, this may not be the best tactical flashlight available, but it may just be the most functional in a close quarters combat capacity. The removable strike bezel is fiercely proficient and the light itself is blindingly bright at 1000+ lumens.

Operator Pen   |   [BUY]
Made by Tuff-Writer, this is the gold standard of tactical pens. Writes as well as it attacks and defends as a exceedingly fast and naturally deploying force multiplier. The most widely permissive and casually (legal) carryable non-weapon “weapon” available.

It should be noted that what constitutes a weapon or otherwise restricted item is ultimately at the discretion of the security agent or law enforcement officer. Practice common sense with caution.