An operative’s method for using in-room hotel safes as a divergent security frontline for (actual) valuables or a self-actuating surveillance device.

In most cases, in-room hotel safes are relatively secure and should be used whenever made available. In other cases, they’re essentially props, to make the customer feel better with a false sense of security.

“There is no such thing as perfect security, only varying levels of insecurity. [Excerpt]

However in all cases, these safes can be used more strategically for a better effect or for a completely different purpose than it’s designed for; surveillance.

As with any security measure, the primary function is deterrence of which the average thief would be affected. But to the trained, hotel safes can be easily accessed without credentials or keys. There’s also the issue of the hotel staff (housekeeping to management) having master access to all safes.

So to the average person and or for the average hotel stay, it’s “enough” security. But not necessarily for an operative on a mission and or when needing to secure especially sensitive and high value items. 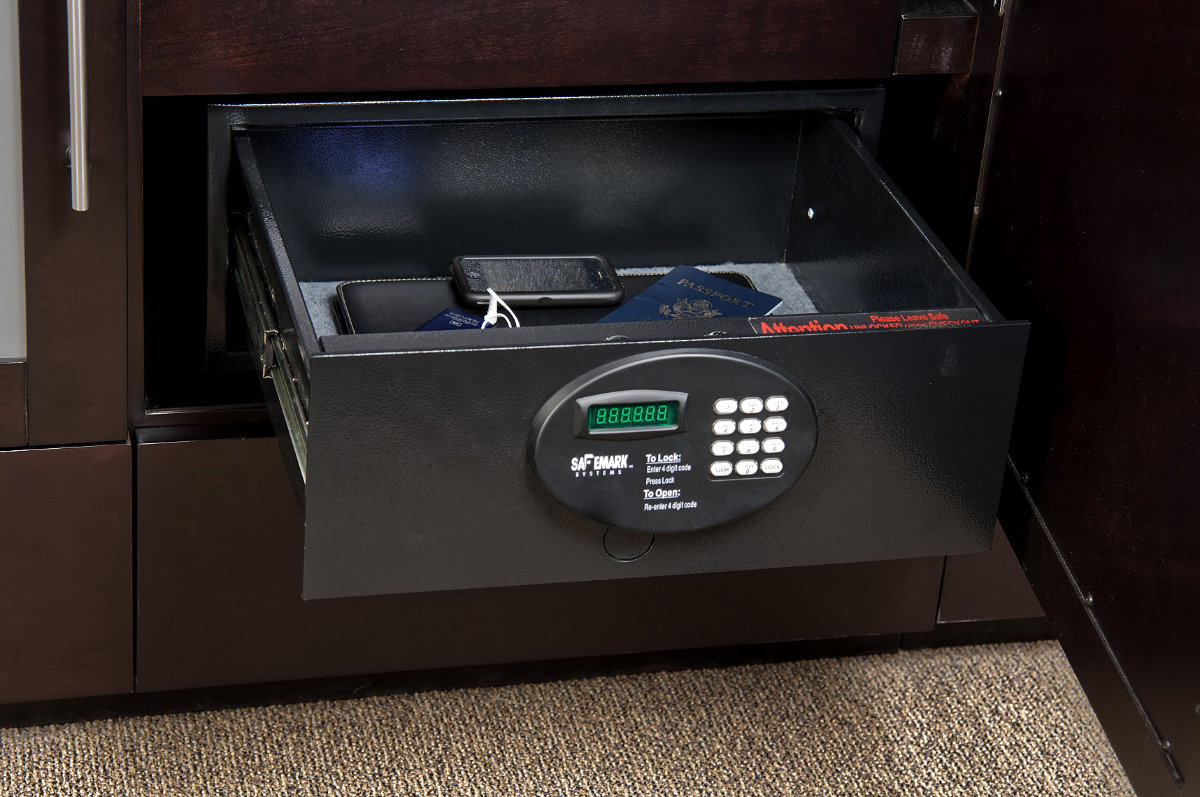 The concept of hotel room safes by nature and design is of very weak and flawed security, not just to the safes themselves but to their state of disposition and overall general accessibility which can’t be helped.

A weakness in security can be exploited to actually harden it’s intended measure by using it for the same desired result but in an alternate way:

The safe as a decoy. It can be used to misdirect a would-be thief or other player by placing items that seem valuable or important in the safe for the purpose of it being taken, in order to protect the actual items of importance or value.

The “actual items” would be hidden elsewhere in the room or extrinsically nearby. The objective is to satisfy the subject into giving them what they think they want so they move on with their mission.

The other functions of this hotel room safe method is for capturing a photographic / video image of a subject or to tag a subject with a tracer without them knowing as they access the interior of the safe.

Of which both functions are unwittingly activated by the subject by opening the safe or triggered from moving a specific item within the safe.

In any case, these methods aren’t always the most secure or necessary. It depends on your situational needs and operational objectives.

Be it a stressful covert OP in a safe mega city or a pleasant vacation in a harsh third world country.