No one should carry any sort of weapon, knife or otherwise, without the basic knowledge of how to use it as well as its limitations and the potential dangers to oneself and the assailant. Furthermore, other than the laws of possessing a knife, the wielder should be aware of the technical legalities of self-defense and assault. 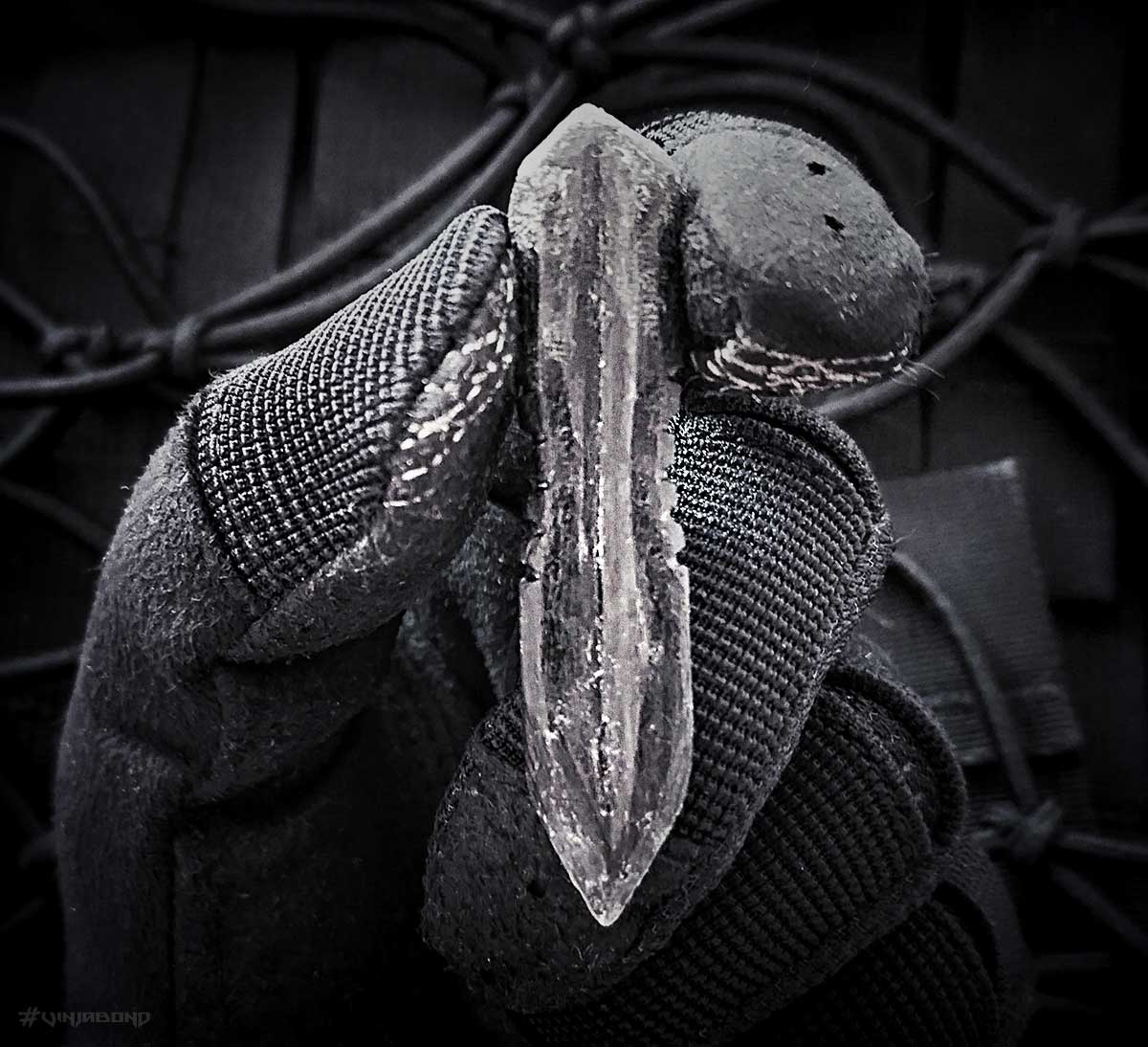 This is a variant prototype of a series of “lapel dagger impact devices” that I used to equip on the field while active – the most compact and covert version.

The Carbon Fiber Lapel Dagger is not a cutting instrument nor a typical impact force multiplier, it is a melee micro explosive device for extreme close quarters combat and special circumstance use.

Designed specifically to be held with the wielder’s pinky along the contoured jimping in a reverse knife grip.

As with my Stealth Response Knife, this is coated with a proprietary ID Inhibitor coating. A black-transparent rubber like material with sticky traction and identification nullifying properties, e.g. fingerprints and DNA.

The dagger is “activated” by a 2-step process (both steps are actionable attacks) which also acts as a safety mechanism as to avoid accidental detonation:

The forward directed explosion shatters the caved in carbon fiber material towards the target.

Causing force and burn damage, but most of all, hundreds of micro splinters injected into the target area from the shattered needle-like fibers.

The result is intended to be non-fatal but to cause nondeferred extreme pain (as is often the case with lacerations) as well as visual shock from the damage.

When it comes to covert personal defense tools, concealability is only as good as its accessibility; the ease and swift ability to deploy when needed in fluid motions. 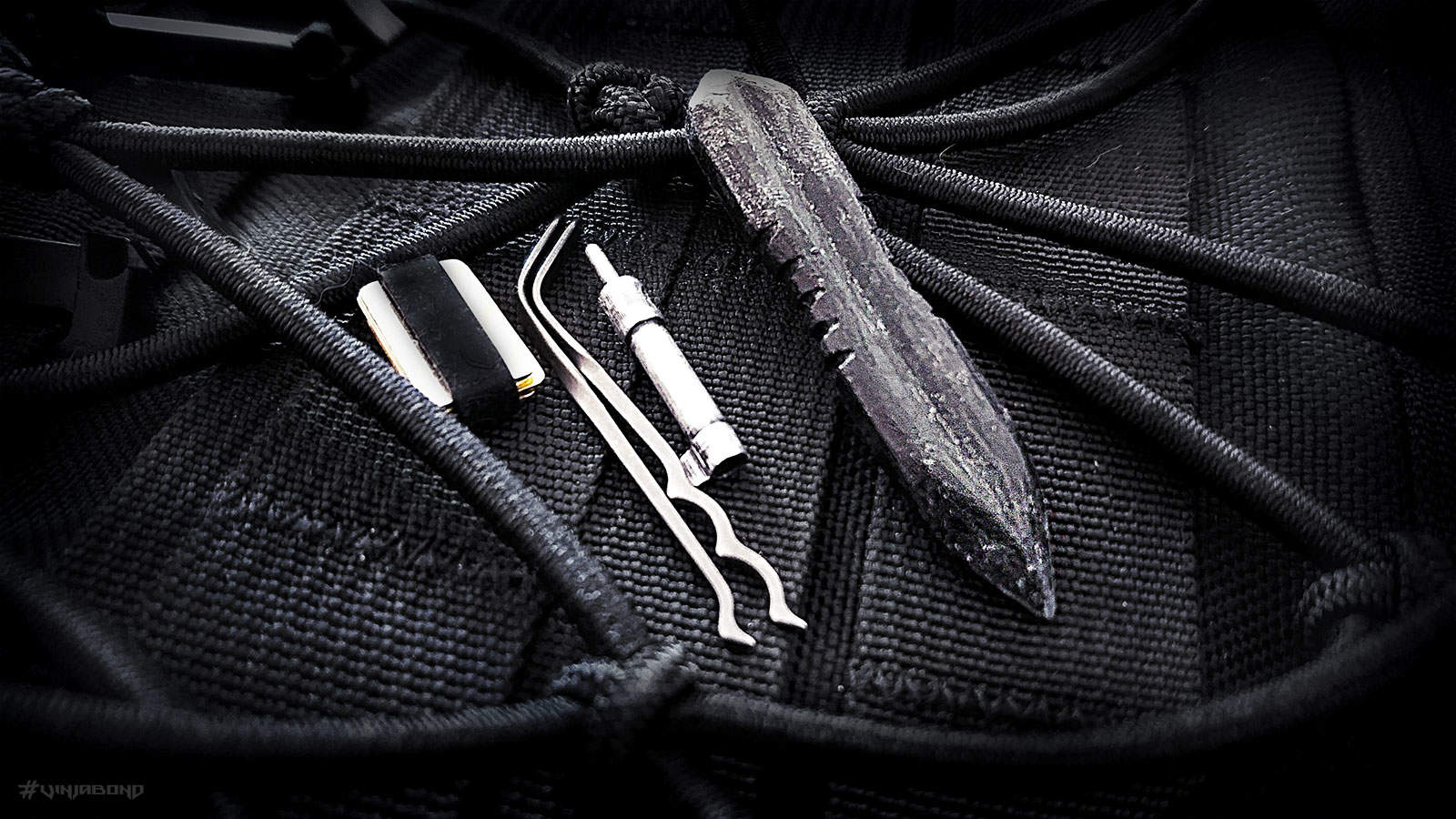 The Carbon Fiber Lapel Dagger Device’s is designed around this concept. It can be equipped within clothing lapels, behind the ear, between pants and belts, inside the mouth, used as a hairpin, in a wristband, etc.