Black Scout Survival’s entry into tactical pens is a solidly built writing utensil with a focused tactical utility while keeping it surprisingly affordable.

“Black Scout Survival™ is a lifestyle- a mindset. To be prepared for any situation no matter the environment. Black denotes the covert and “grey” aspect of our lifestyle. SCOUT is an acronym encompassing our ideology (Survival Concepts in Outdoor and Urban Terrain). A Scout is always at the forefront. They are the intrepid. The Inventive. The determined and stalwartly proud.” -Black Scout Survival

Almost anything can be tactically utilized, including a regular old pen. But in recent years, the market has been blowing up with tactical specific pens. Other than the ability to merely write, they have defense and tool capabilities that are design intended.

As any good tactical pen should be, the BSS TAC Pen serves equally well as a writing and striking device.

For the purpose of this review, I’ve made direct and sole comparisons to the Tuff-Writer Operator Pen.

I’ve equipped the Operator Pen for over 2 years and across 20 countries with plenty of writing but thankfully never needing its tactical function. This and the Black Scout Survival Tactical Pen are both capped, aluminum bodied refillable pens. But the Operator Pen costs $99 whereas the BSS TAC Pen is $23.

Comparing the same type of product with a 4x price difference is hardly fair to the “lesser” of the pens, in this case however, it’s that value that make this fair.

It’s obvious it’s a “tactical pen” and it’s proud of it, but it’s not just for looks. These design elements provide the much needed grip and retention for when used as an impact weapon.

They both provide perhaps equally excellent grip, but the BSS TAC Pen has a more confident feel.

As for actually using it as a pen, it’s got good balance for prolonged writing. The replaceable Fisher Space Pen ink cartridge is a great addition as these can write on wet surfaces, vertically and even upside down.

The standout feature of the the BSS TAC Pen is its dangerous end – the tungsten carbide tip. It’s not the only tactical pen to apply this material but it’s executed flawlessly. It can even be mistaken as the writing end, useful for prying eyes.

That being said, I’ve taken the BSS TAC Pen through 3 international airports while on my person, no issues.

The Black Scout Survival Tactical Pen is a great deal for the price. While the attention to detail, craftsmanship and finishing isn’t quite at the same level as the Operator Pen, it is however not too far behind. Not to mention you can buy 4 of these and a couple of ink cartridges for the same money.

You don’t need a $100 tactical pen when a $23 one can do the job of writing and defending just as well, the BSS TAC Pen is a prime example. 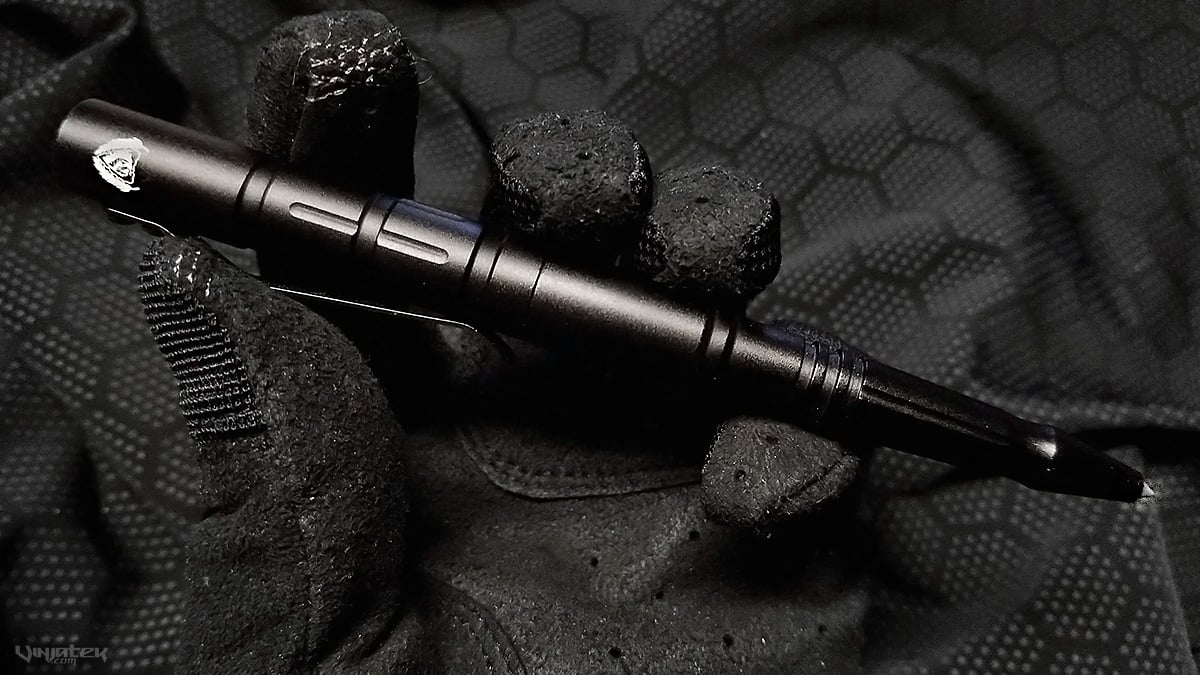