The Tuff-Writer Operator Pen is a precision writing instrument first and tactical CQC device second while equally effective as both but as inconspicuous as the former.

“At Tuff-Writer, we just make one thing… pens. In fact we make the best tactical pens on the market. This is our core competency. We spend literally months testing it, carrying it and generally abusing it.” 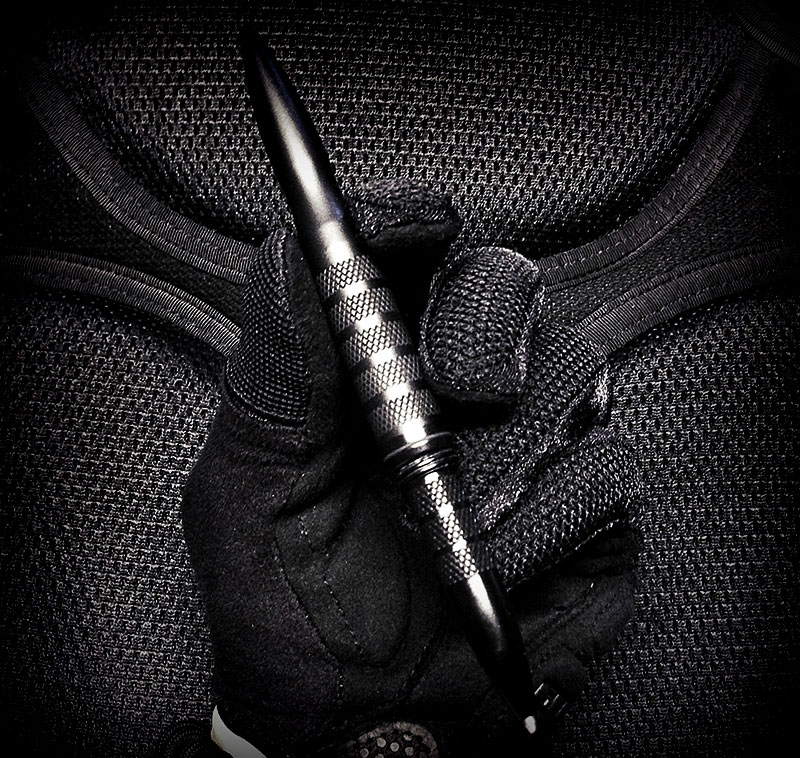 I was first introduced to the Tuff-Writer Pen at an “operations staging site” somewhere in North Africa earlier this year in the most unusual but proving way.

There’s a scene in ‘American Psycho’ where four Wall Street stockbrokers sit at a conference table and they compare who has the best business card.

If you haven’t seen the movie or don’t remember the scene, check out the clip before reading on.

I experienced something like that at the firing range of the staging site with three agents. But instead of business cards, it was who had the best pen – a Mont Blanc, Fellhoelter and a Tuff-Writer.

These highly trained professionals were at it like children fighting over who’s toy is better.

As the agents with the Mont Blanc and Fellhoelter kept at it with the debate, the agent with the Tuff-Writer returned later with an 18 inch monkey wrench and slams it on top of the picnic table we were sitting at.

He releases the wrench and we see his Tuff-Writer Operator Pen($) penetrated into the 2 x 6 pine wood. Then like a hammer, he strikes the pen with the wrench and it goes straight through and through the table. He picks it up, uncaps it and writes his name on the table.

Impressed, I examined the pen myself and other than the expected scratches of the anodizing, there was no damage whatsoever, not even a dent.

I started to scribble on the table and it took me a moment to realize that it was actually an exceptional and smooth writing utensil, not just a potential weapon.

That was one hell of a first product impression, the kind why the word “instabuy” was invented for. 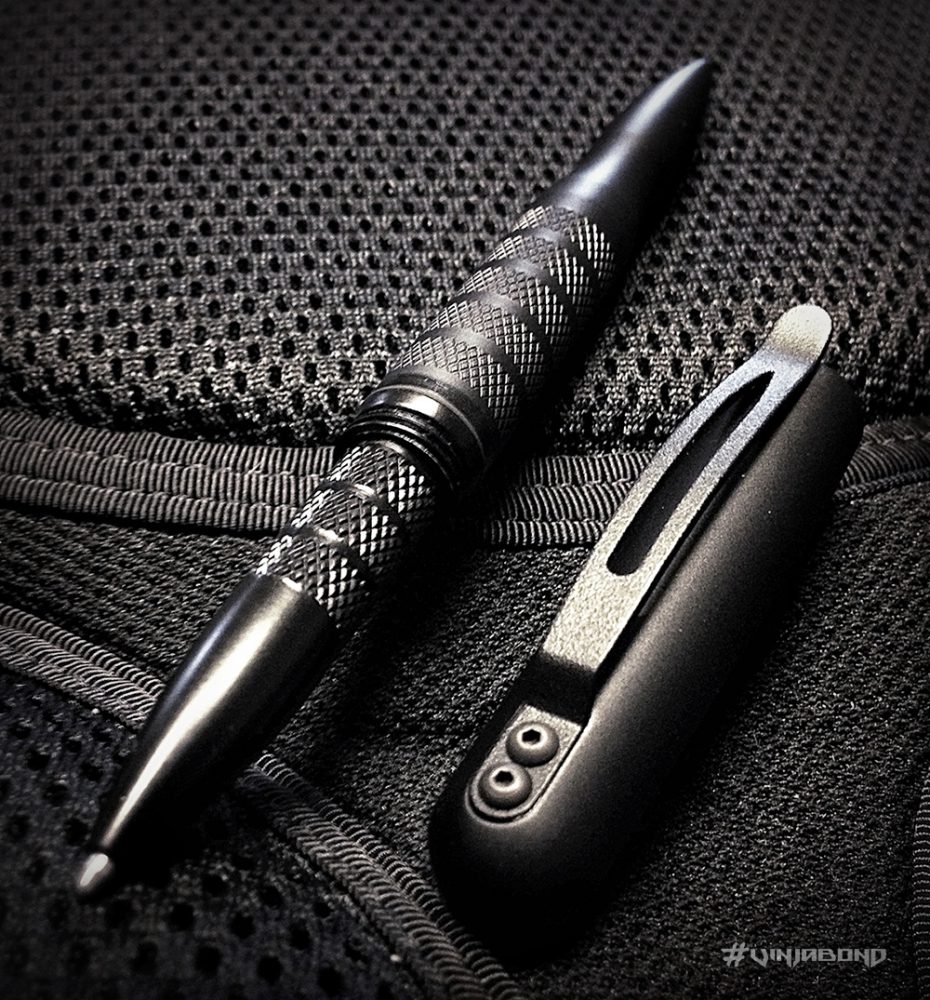 Most tactical pens share the same characteristics of having a menacing appearance, lacking aesthetic elegance and awkward writing ergonomics.

So it’s a writing tool with tactical capabilities and not a tactical tool that happens to have writing capabilities.

After handling a Tuff-Writer Pen and other tactical pens, you’ll realize and appreciate the distinction.

As a vagabond who travels the world through countless airports and non-permissive territories, this is important to me. Because I don’t want my gear to be confiscated or get myself arrested for weapons possession because of a pen in these paranoid times.

The Operator Pen shouldn’t be called a “pen” but a “tactical writing instrument” as an F-22 Raptor is a “stealth fighter aircraft” and not a mere “airplane”.