What is Urban Survival? Here’s What You Need to Know

Unlike the concepts and practices of ‘wilderness survival’, ‘urban survival’ is more dynamic and goes far beyond the scope of actual surviving to live but to thriving while living. It still takes place in jungles, the concrete jungles. 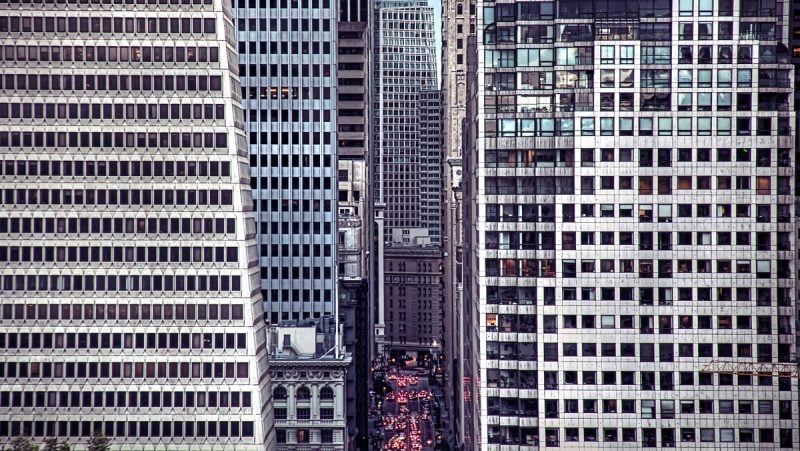 What is Urban Survival?

Many people envision survivalism as something that’s practiced in the wilderness or in a rural area. This is, in fact, a major emphasis of those who consider themselves survivalists. It is also closely associated with being a prepper, which certainly makes sense.

A big part of surviving any devastating event or social upheaval is ensuring that you have enough food and other supplies to weather it.

Ironically, if you are trying to survive out in the middle of nowhere during some societal calamity, this might be considerably less challenging than surviving in an urban environment during a prolonged crisis.

There are far more people in cities, and during a crisis, all of these people will be frantically trying to get the resources they need to assure their survival. Urban and wilderness survival situations are totally unique, and you need to make sure you’re prepared for either one.

Even if you don’t live in a city, you may be visiting one when something major goes down and then find yourself stuck having to deal with your situation. 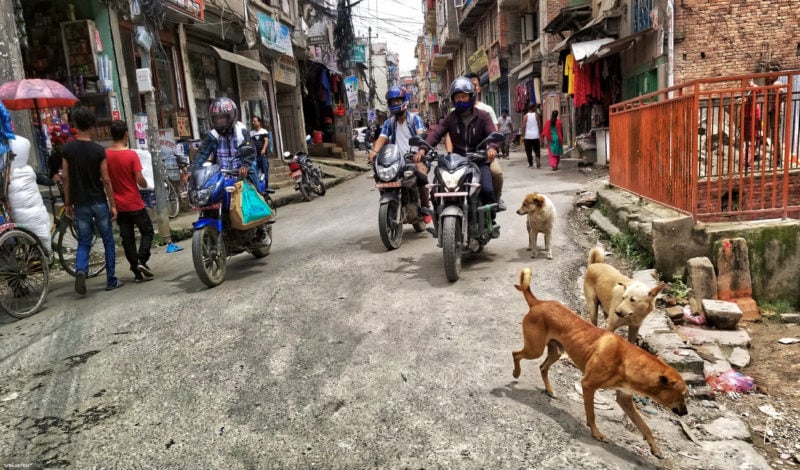 One interpretation of this concept is simply having what it takes to survive in a big city on a day-to-day basis. This is also known as “street smarts.” That’s not the definition for a survivalist.

For us, urban survivalism means possessing the skills and abilities to survive a crisis or disaster in a city that is both widespread and prolonged. Such a disaster may last a few days or weeks or longer.

We can all see how relevant this concept is today by simply taking a look at headlines in major newspapers. The coronavirus is spreading like wildfire throughout many countries and is beginning to affect us here in the U.S. Italy is virtually shut down to inbound travelers, more than 100 colleges and universities, including Princeton and Harvard, have canceled in-person classes.

Suddenly, the idea of potentially having to survive a nationwide panic or disaster is seeming way less theoretical to a lot of us. With this in mind, we have some ideas about what’s involved in helping you survive a really bad situation in a major city.

This is not a complete guide of what to do, but it is intended to give an idea of what’s unique to surviving in a city. 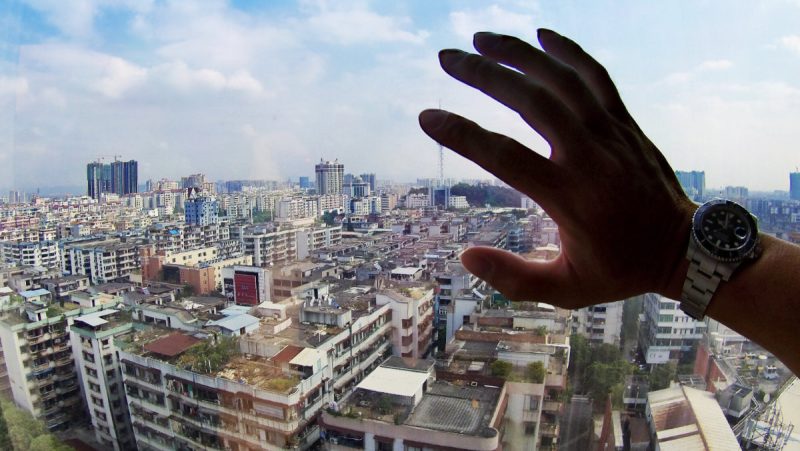 As stated earlier, there being so many more people in a city is the biggest difference with a wilderness survival crisis. One potential complication is that many cities tend to have stricter laws when it comes to guns.

As survivalists, we realize the importance of being able to protect ourselves and our loved ones when disaster strikes. People are desperate to survive during such situations, and if they’re not prepared, they’ll try to take from those who are.

Also, you can’t necessarily count on law enforcement in such situations. First, because police arrive after a crime happens, they’re not there to help you while it’s happening even in the best of times.

When you add in the fact that there is some widespread disaster going on, the police are going to be even busier than usual. 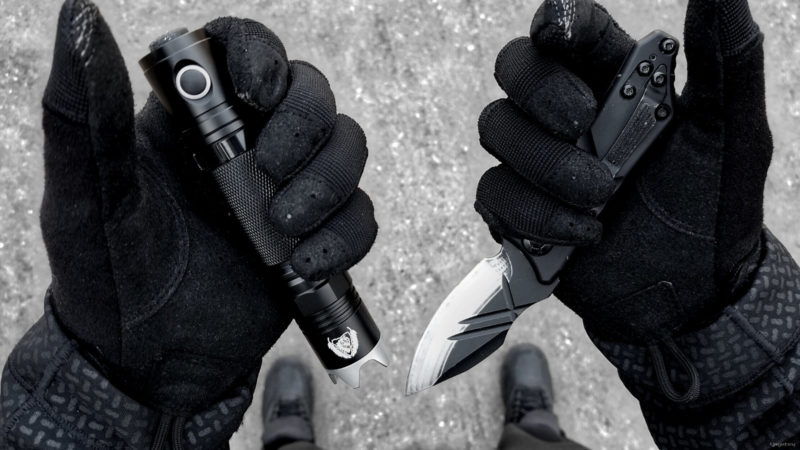 Things to Consider and Plans to Have Ready

You’ll need to see what implements of self-protection are legal in the city that you’re either visiting or living in. A decent knife is probably alright and can be useful for other things as well.

With urban survivalism, we recommend you have a plan to get out of the city quickly in the event that the situation is so bad that staying is not a good idea. Remember, you’re prepared and many others aren’t, so your fellow humans are your biggest threat at this time.

In case you’re separated when disaster strikes, arrange rendezvous locations ahead of time with loved ones.

Be sure to have a survival bag ready in your apartment, or bring it with you whenever you go to the city. It should contain enough food rations for a few days as well as first aid supplies, a water filtration straw for drinking directly from possibly polluted water sources and some basic survival tools.

We know you’ll also have to evaluate your situation and decide whether to bug out or hunker down. Getting out of the city is smart, but what if everybody and their mother already has this idea?

All the roads heading out may be clogged for a time, so you could have to wait to leave. Of course, if the situation is really bad, you may want to hike out or you hopefully have a bicycle or motorcycle that you can get around that traffic on.

Avoiding people to the greatest extent possible is the smartest strategy whether you’re hunkered down to weather the calamity or trying to get out. When staying, this means stockpiling some supplies where you are staying to avoid having to going out. 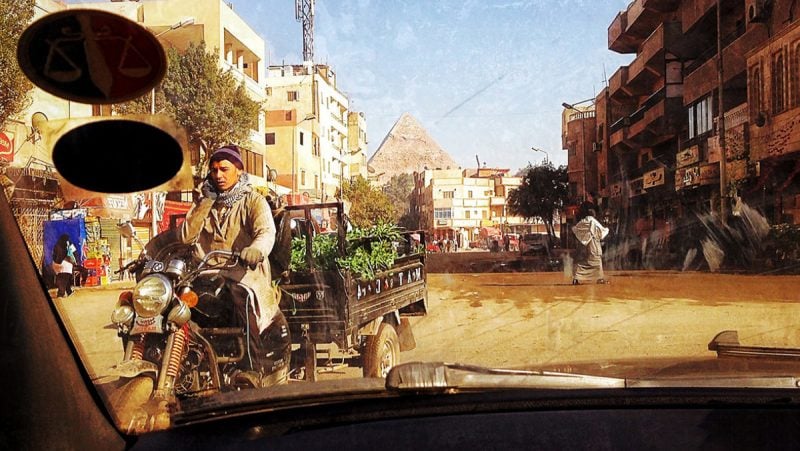 Have a High Awareness of Your Surroundings and Nearby Resources

We believe that planning and preparation is a big part of survival. In an urban survival situation, this means checking out your local area to get the lay of the land.

If you live and work in the city, we suggest you take different routes to work occasionally. By doing this, you’ll find out where shortcuts and back alleys are that you may have to use in an emergency.

When checking out your surroundings, you want to keep an eye out for resources you’ll need to stay alive. A big one of these is, of course, water. Because of this, any urban survival bag should contain what’s called a sillcock key.

This key enables you to turn on the water from the outdoor spigot of a residential, commercial or industrial building. It’s an example of the difference between urban and wilderness survival preparation since this would be a wasted item in a wilderness survival bag.

Lock picking tools would be another example of something that your urban survivalist bag should contain that you won’t need if you’re enduring a survival situation out in the country or wilderness.

Preparation and Knowledge in Surviving Crises in the City

Even in recent times, there certainly are examples of survival situations in American cities. Hurricane Katrina was only 15 years ago.

If you were a resident of New Orleans, it was a catastrophe you will never forget. Widespread flooding caused an urgent survival situation for thousands.

Stores get looted and stripped of water and basic food items in no time during such calamities.

We know that being prepared with backup survival supplies coupled with a familiarity of your environment and a plan of what to do and where to go could be the difference in whether you survive such a devastating event in a city.