The Triple Aught Design Transport Card Sleeve is a remarkable concept of intuitive design and function, but misses the mark on execution.

A great deal of my gear over the years have been a Triple Aught Design creation. They know their shit and I love their shit but this is the first review of their shit that I’ve done that’s less than stellar. 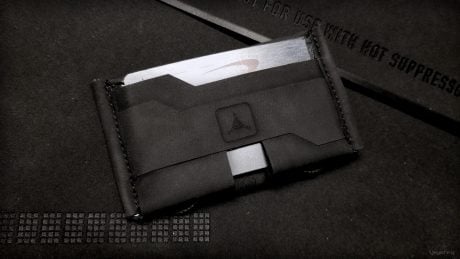 It’s a sleeve. You know, the simplest type of wallet there is without going money clip. The whole purpose of these are for maximum minimalism and the lowest profile possible, at the cost of features.

This is why I really wanted the Transport Card Sleeve, because it’s ultra thin and light but has a load of interesting features. It’s not just 2 pieces of material made into a pocket sleeve, it actually makes “walleting” faster, more efficient and convenient.

Once you figure out your own personal system and the functions of the Transport Card Sleeve, it can be a seriousl upgrade in how you “wallet”.

So it works friggen great in real world use. I’d even say it’s an intelligent wallet. Actually, it’s very smart.

I have to give mad props to the person or team that conceived the Transport Card Sleeve, but not so much to ones responsible for the production. 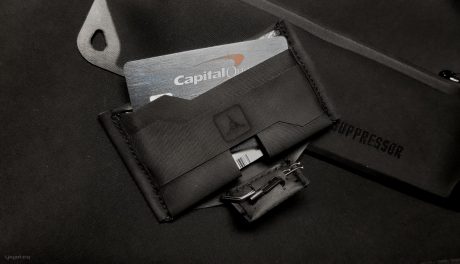 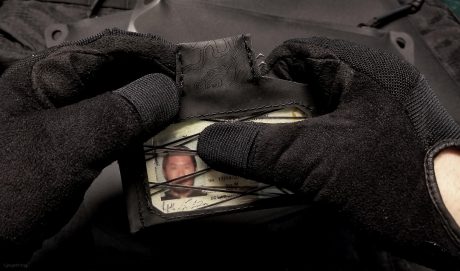 Triple Aught Design is known for high-end and solidly built goods, the Transport Card Sleeve is neither – although it’s narrowly saved by its innovation.

Like I said, the wallet works outstandingly but its poorly constructed, or at least not on par with their own (usual) high level of quality and attention to detail. It feels like a phase 3 prototype model.

For a USA made Triple Aught Design product, at a reasonable $35, this is still a good buy.

Then why am I doing a giveaway of this?

I ordered this on impulse as soon as it was released but I already had an excellent sleeve, the DAKA Essential Wallet by DAKA – pictured below. 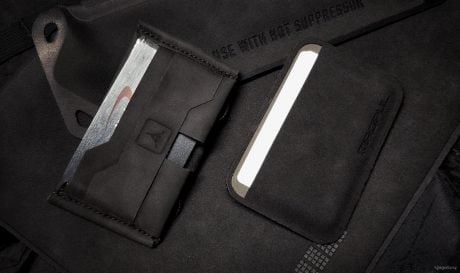 If TAD makes a second generation of these, I’ll try it out as well and I’m sure they’ll have it perfected. But as is, the stitching is erratic, the trimming uneven and it’s just not refined enough… for me at least.

*GIVEAWAY: For Pro Members only! To enter, use any of the photos on this review to your Instagram and tag @vinjatek in the caption. Or, post this page to your Facebook. I’ll randomly select a winner on May 9 2018. Enter as many times as you’d like. Ships worldwide.