My very first childhood dream came true when I stood as an adult before the world’s largest robot, now one of my favorite attractions in the world.

“The RX-78-2 Gundam is a manned prototype combat robot. AKA Mobile Suit, a testbed weapon for the Earth Federation piloted by Amuro Ray to fight the war against the Principality of Zeon.”

There are few things more gripping to a kid than their favorite cartoon and there are even less things as an adult that can compare to a child’s dream come true.

For me, ‘Mobile Suit Gundam’ was my favorite show and my dream was for those giant robots to be real.

Decades later I realized that dream when I stood before the very real and commanding presence of one of my earliest and most powerful boyhood fantasies.

The monumental Gundam model towers at 60 feet (18 meters), that’s an exact 1/1 scale from the imagined anime series. It stands guard (currently) on the artificial island of Odaiba in Toyko, Japan.

Of all the wonders I’ve seen with my own eyes throughout the world, this is among the most amazing.

I’m bias but we ARE talking about a massive robot.

This monumental Gundam robot is more statue than machine. It can’t walk, fly or fire it’s cannons but the attention to detail and intricacy, especially closeup and even touching it, is extraordinary.

Earning the prized “Made in Japan” status.

It truly makes you feel like it can activate at any moment and tear shit up, like a sleeping giant.

For scale, I asked my 7 foot (2.14 meters) tall friend to stand against the robot’s foot. As you can see, my giant friend never felt so insignificant in his life.

That, is what makes a travel attraction for a lack of a better word, good. The ability to have unique affects on the viewer. The sensations of awe and wonder we feel just by looking at a certain something.

Even if you’ve never heard the name “Gundam” or don’t have any interest in science fiction, the awesomely imposing presence of this flawless recreation will have a most striking affect on anyone. 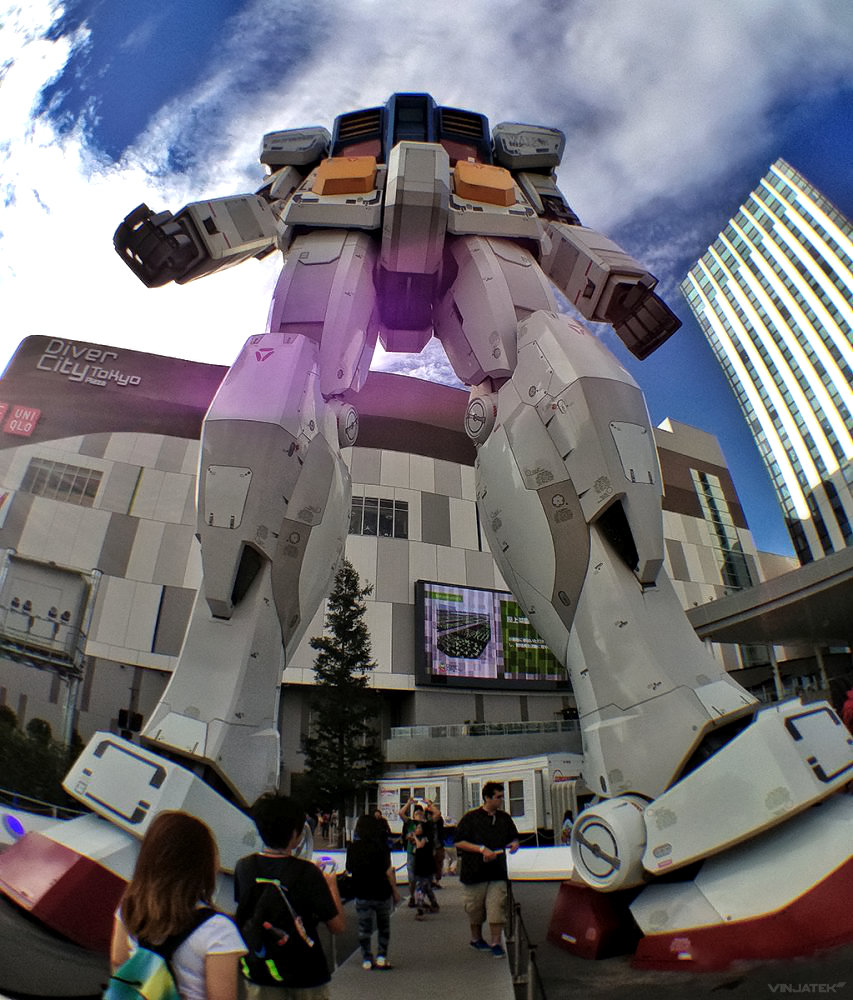 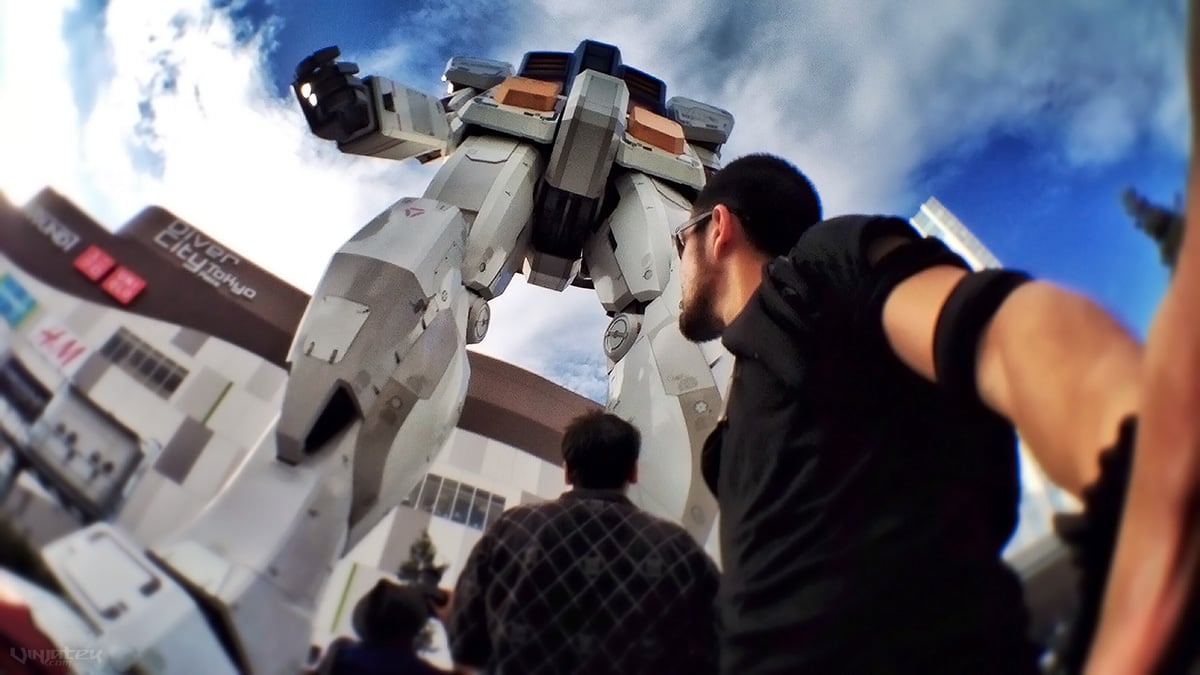 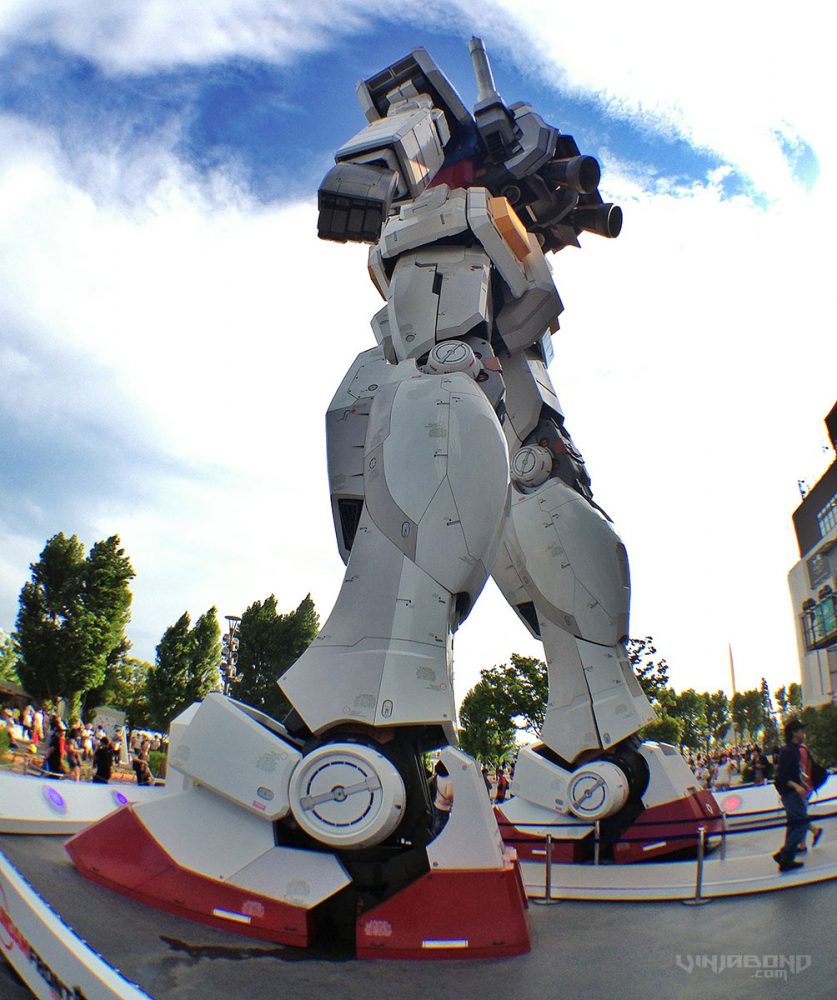 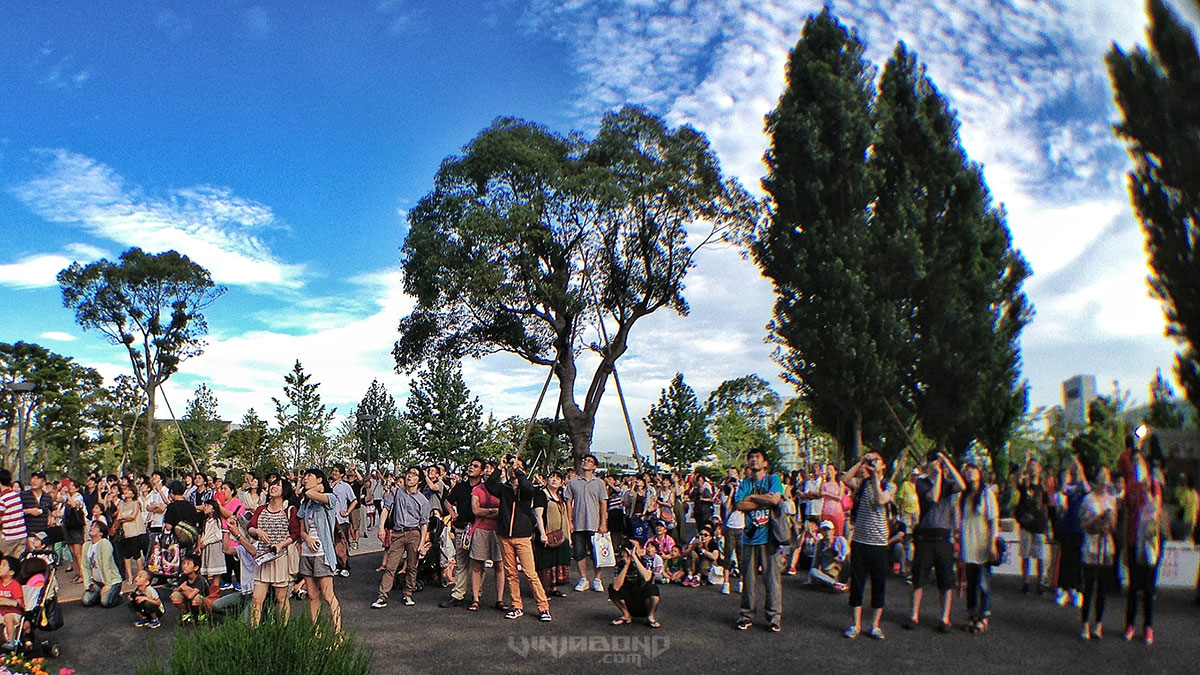 The actual size Gundam Robot is located at the DiverCity Tokyo Plaza, a massive shopping mall and entertainment complex. It can’t be missed, obviously.

It’s free to experience, like all good things in life.