Bringing back the way of the “fat wallet” in a good way by decluttering pockets, item type unifying and enhancing everyday carryability.

“The requirements for this new wallet were as follows, it had to be rugged, compact, lightweight and able to secure not only cash, credit cards and ID but small gear referred to as Nano kit. Made in the USA designed to keep up with your adventurous lifestyle!” -Eric Bauer, Founder of Triple 7 Gear 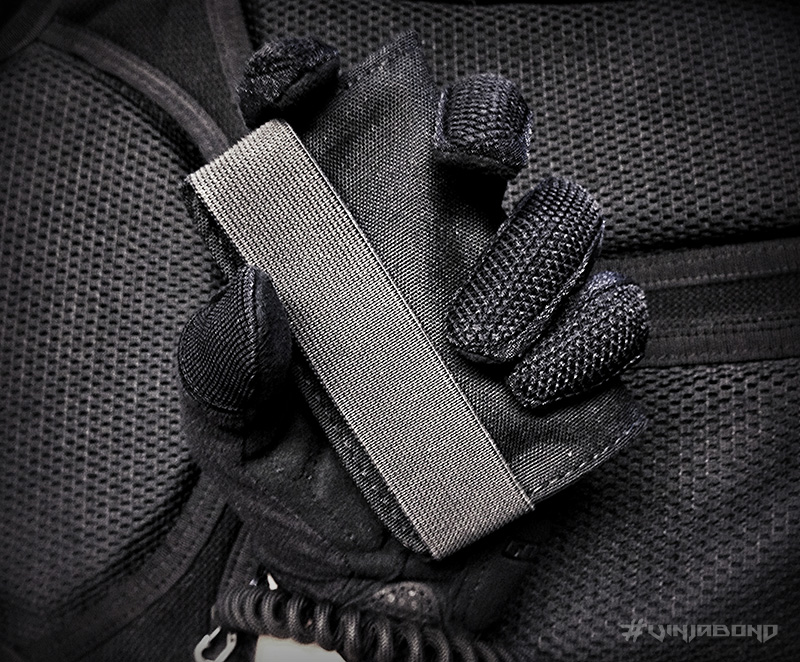 The term “EDC” has recently become ubiquitous to any gear that’s carried as a standard of everyday life.

However, like the word “epic”, it’s sometimes used too generously and needlessly as with certain wallets that have “EDC” as part of the actual product name.

That’s redundant and senseless. It’s like officially naming a knife “The Stuff Cutting Knife 5000” or a microwave “The Microwaving Microwave 839”. So naming a wallet “EDC Wallet” is meaningless as a wallet is categorically an “EveryDay Carry” item.

Logic is sound but Eric Bauer defied it by designing a wallet that could legitimately be called “The EDC Wallet” and naming it the CORE Nano Adventure Wallet($).

You see, this wallet actually equips what would be considered “EDC Gear” – not just cash and cards, earning the right to be described as an “EDC wallet”.

I originally reviewed his 20$Bandit Kit Pouches some time ago and have been a part of my vagabonding packing list since, and now the CORE Nano Wallet.

Eric solved or at least better solved (than most) the clutter effect and disorganization of well equipped EDC / travel packing / survival kit systems for both backpacks and (large) clothing pockets.

The CORE Nano Adventure Wallet serves the same purpose, to make it easier, faster and more efficient to carry gear, but in a more minimal wallet scale.

As with all Triple 7 Gear, this is no different; it’s built tough, with attention and made in the USA.