“Combat Crunch baked protein bars are made using a proprietary baking process for superior taste and a softer texture. The bars are high protein, with low active carbs and tons of fiber.” -MusclePharm 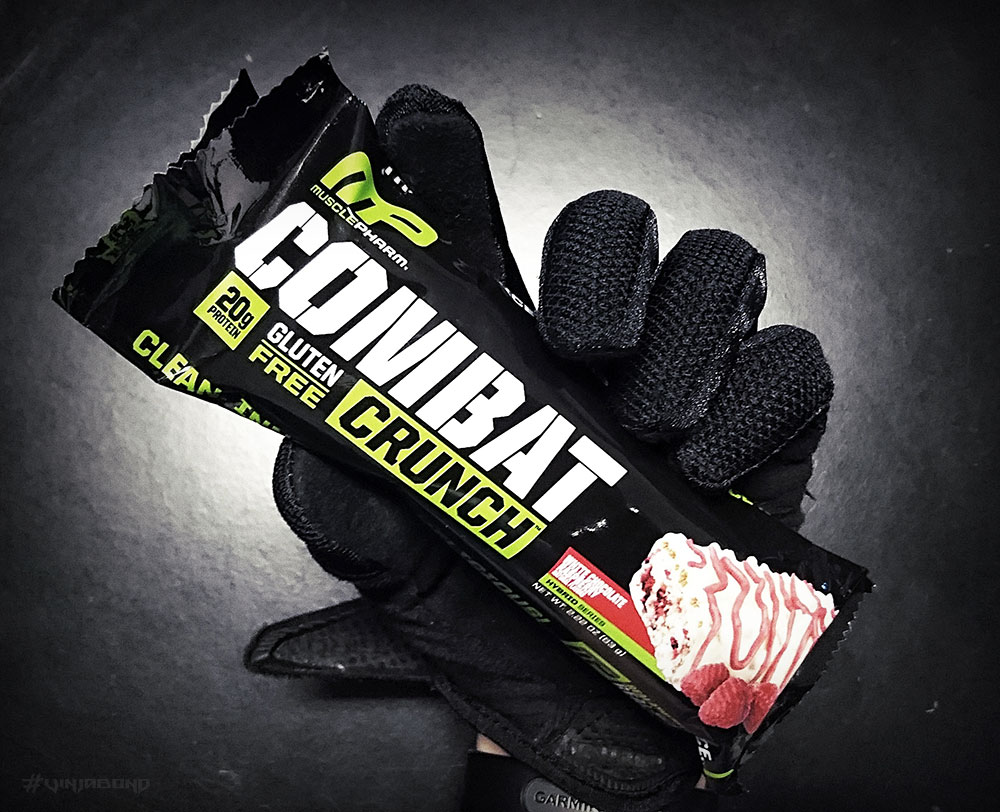 My palette is wide and experienced, more so than most so called food reviewers, but that’s typical for vagabonds and world travelers like myself.

But I don’t claim to have excellent taste nor would I tell you how to taste. But I do know what tastes good to me from all the different tastes I’ve tasted.

I’ve had countless protein, meal replacement and energy bars from all around the world from the most respectable to the most suspicious of brands and none have come close to the level of deliciousness the White Chocolate Raspberry Combat Crunch bars offer.

This review is not based on the effectiveness of muscle development while using Combat Crunch as part of a workout regimen or the technical nutritional values of the ingredients. But as a tasty source of protein.

MusclePharm however, is an established and respected company so I believe it’s safe to assume that the claims on the package is reliable. Such as 20 grams of protein, 22 percent calcium, gluten free, 12 grams of fiber and just 210 calories per serving (63 grams). 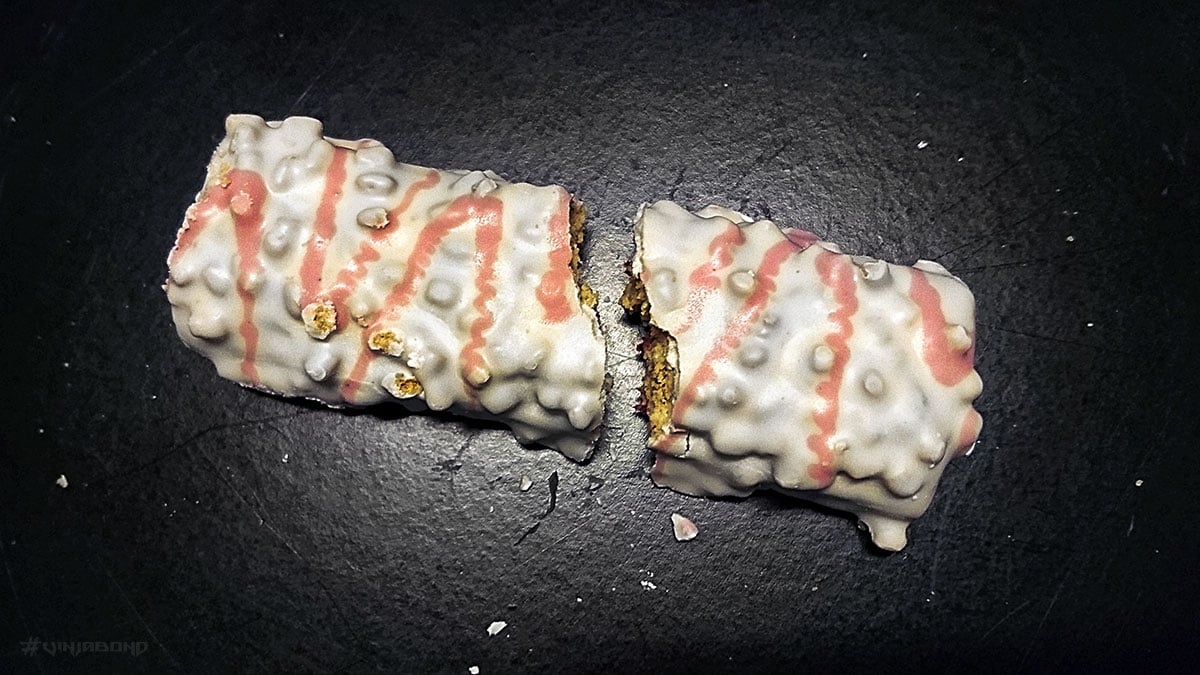 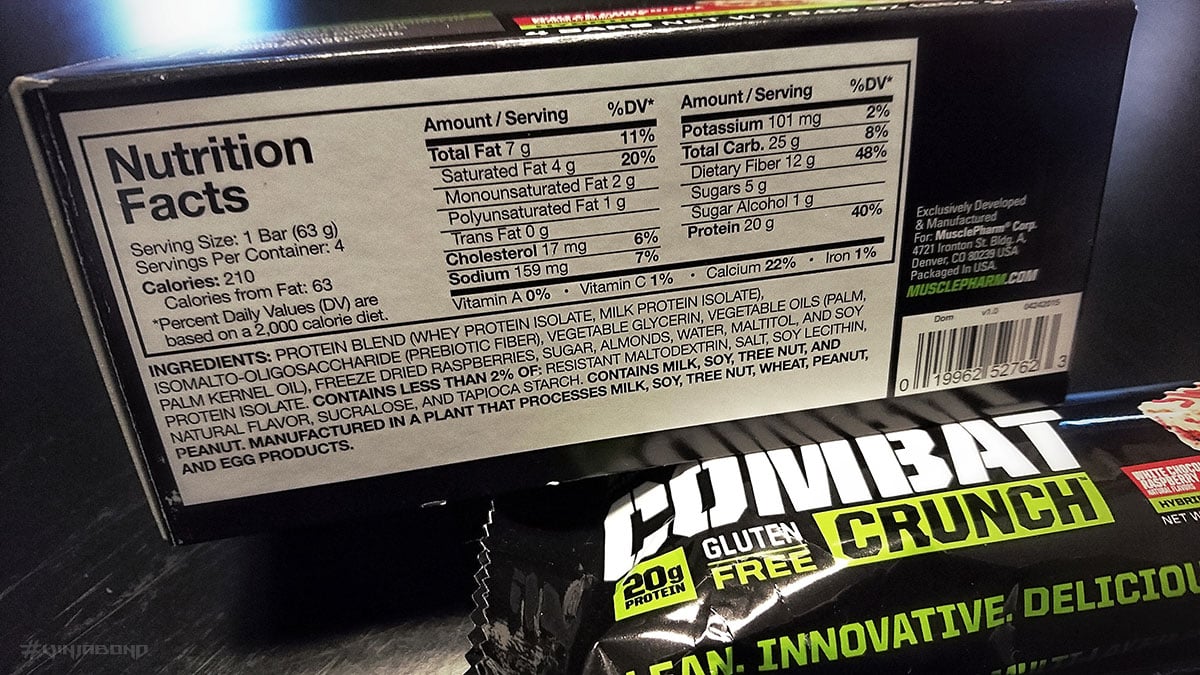 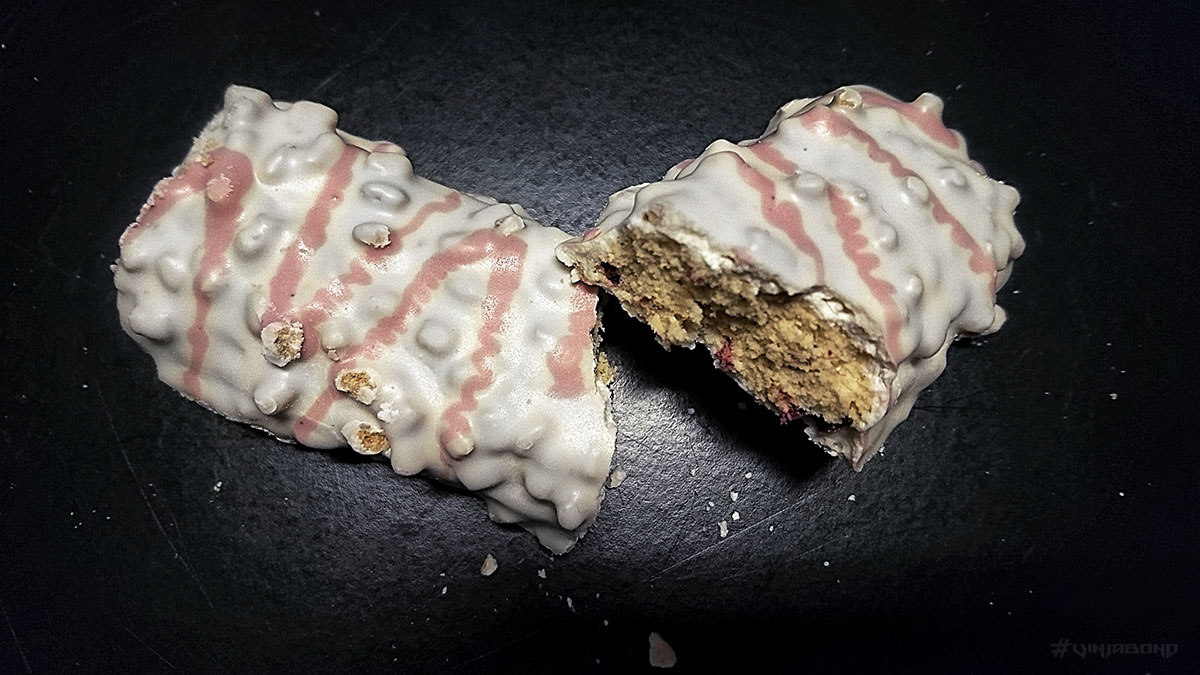 There are other protein bars packed with 5 to even 10 more grams of protein but by greatly sacrificing taste and with significantly higher calories.

Yes, protein bars aren’t made to be consumed for pleasure but Combat Crunch sets a nice balance of delectable taste and with minimal nutrient loss.

It’s not a chore to eat these like most protein foods, quite the contrary. It’s a pleasure like devouring a sinful slice of cake without the sin but with bodily benefits.

Despite its (thankfully) low calorie count, it’s been quite efficient as an emergency meal replacement during flights/layovers, long train rides and hiking.

I’ve only been able to try the “White Chocolate Raspberry” but they also have “Chocolate Chip Cookie Dough”. So I can’t speak for the latter but the baking process of the Combat Crunch Bars gives them a supremely soft texture with just the right amount of crunch, enhancing the overall taste experience.

So these multi-layered bars is nothing like the typical mush or pasty consistency of other protein bars.